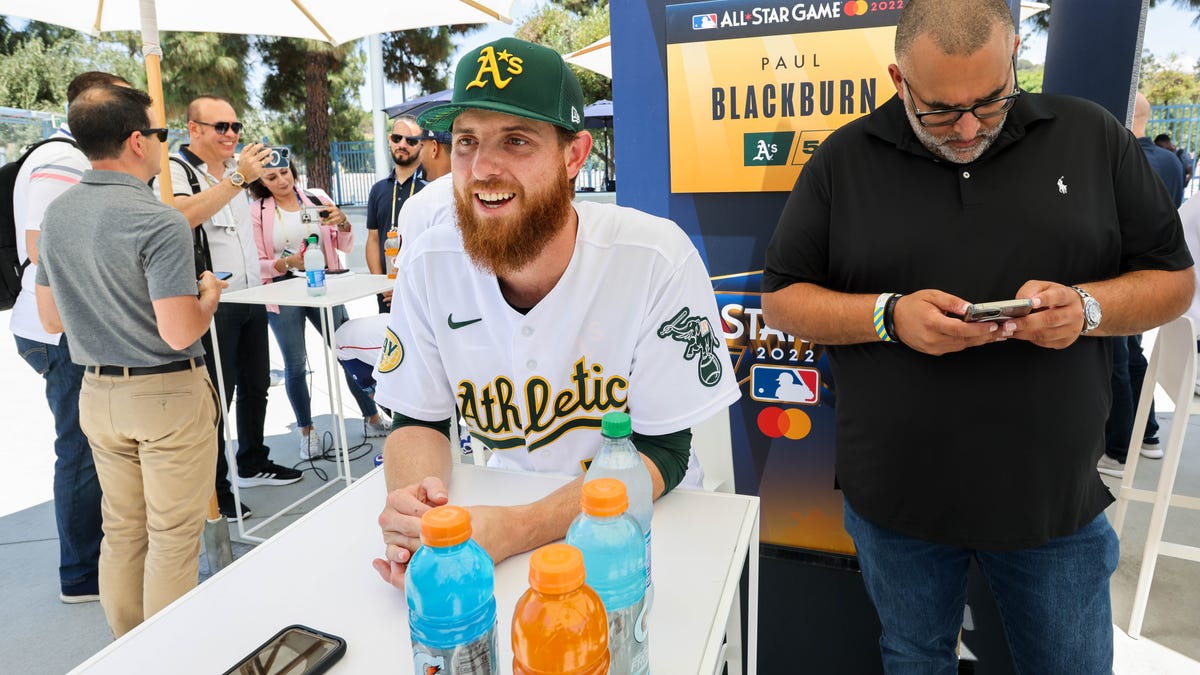 The A’s wanted to stick their All-Star pitcher on a commercial flight to LAPhoto: Getty Images

Being an All-Star is a good feeling, or at least I’d think so. Clearly, I’ve never been named an MLB All-Star, but the confirmation that you are in fact one of the game’s best players, getting to line up alongside several legends, and have that star next to your name on your Baseball-Reference page has to be one of the best feelings in the world. Not to mention, you can leverage your All-Star status during your next contract negotiation. Teams will coddle you, tell you you’re pretty, and offer you a hefty sum of cash to join/stay with their team…except for the Oakland A’s.

According to the team’s All-Star, pitcher Paul Blackburn (6-5, 3.62 ERA), the A’s were planning on flying him to Los Angeles on a commercial flight. In all fairness, Paul Blackburn is no celebrity. He could walk into a high-end restaurant in Oakland and most people there would be none the wiser, so flying commercial wouldn’t get him bombarded with fans looking for the All-Star’s autograph. That said, he’s still an All-Star and deserves to be treated as such. The Astros clearly know this, because as soon as they’d heard of the A’s transgression against their best player, they offered to fly Blackburn to LA on their private charter plane.

That’s Houston, one of the A’s division rivals, setting aside their dislike for anyone in Oakland to help out Blackburn. Obviously, it didn’t cost the Astros much time or effort. They were already in Oakland for their final series prior to the All-Star break. All it cost the Astros was the steep price of being decent people and one spot on their private plane, which I’m sure had lots of space given that there were only five other players on that plane.

It’s (very) hard to cheer for the Astros, but this was an A+ move. I still don’t like them, but I can’t help but move them above the Athletics on my list of favorite ball clubs. They deserve a slow clap, gentle nod, and a cup of fine whiskey raised for this move. Maybe I’ll start letting that 2017 World Series title slide a…