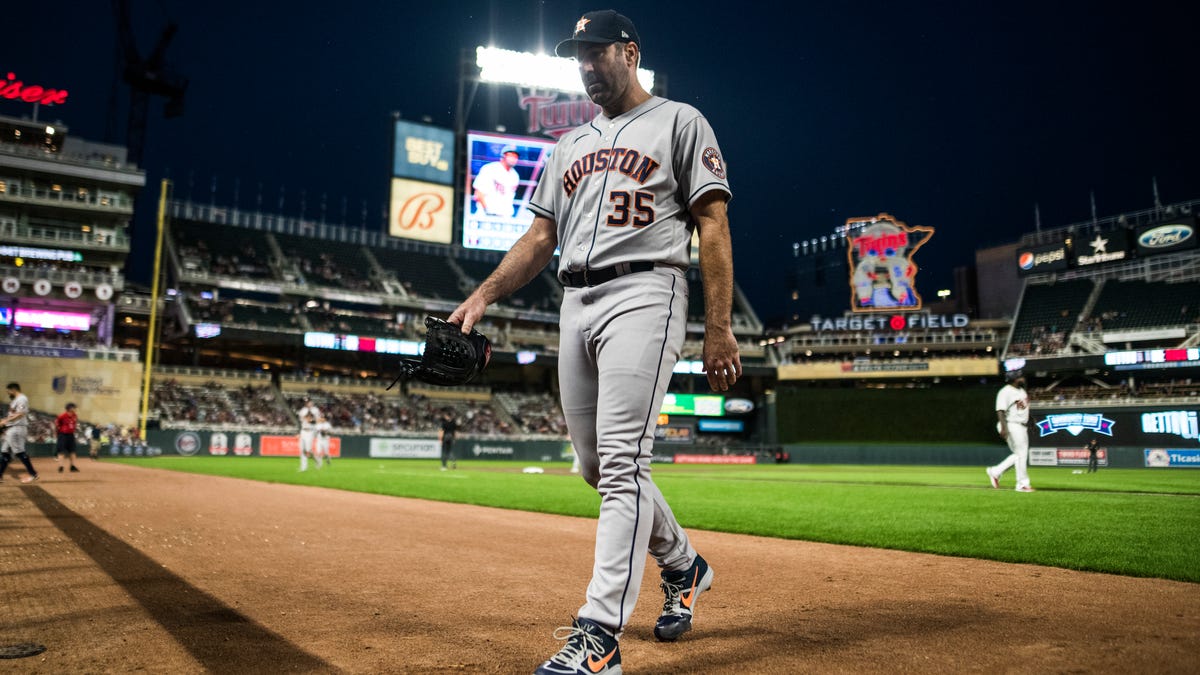 Justin Verlander served notice to those sleeping on the Houston Astros and their 39-year-old ace: He’s all the way back.

The righty came 5 batters shy of matching Angels’ rookie Reid Detmers in throwing a no-hitter on Tuesday night in a 5-0 win over the Twins, which would have matched the feat accomplished by Fernando Valenzuela and Dave Stewart, who both threw no-hitters on July 29, 1990.

Verlander had missed virtually two entire years after having Tommy John surgery, making just one start in 2020 and none in 2021.

The Astros ace has thrown three no-hitters, and a fourth would tie him with Sandy Koufax for second on the all-time list (Nolan Ryan tossed seven, including one when he was 44 years old).

“Unfortunately I’ve been here many times before and had it happen,” Verlander said after the game. “I’ve had a few heartbreaking ones in the ninth inning. This one I think it’s just one of those you appreciate that it was a good outing and gave us a chance to win, and we did that.”

Verlander has been a no-doubt Hall of Famer for several years, but it’s still worth noting how impressive his career has been in the era of 12-man bullpens and starting pitchers not expected to go more than four innings most of the time. Verlander needed just 89 pitches to go 8 innings, and hit 96 mph on the radar gun. On the year, he’s 4-1 with a 1.55 ERA, giving up just 20 hits and 6 walks in 40.2 innings, with a healthy 36 strikeouts. Somehow he’s gotten more efficient with age. When he won his first Cy Young Award in 2011, he struck out 250 while walking 57 in 251 innings. When he won his second Cy Young in 2019, it was 300 strikeouts with 42 walks in 223 innings.

Verlander’s career record is 230-130, and missing two years probably ruined his chance of hitting the elite 300-win club. He’d be sitting pretty if he had 20-25 more wins right now.

But don’t rule it out. Randy Johnson won 79 games after his age 38 season, Roger Clemons won 74. Proving that it’s not just modern-day pitchers who may or may not have had the advantage of modern-day…