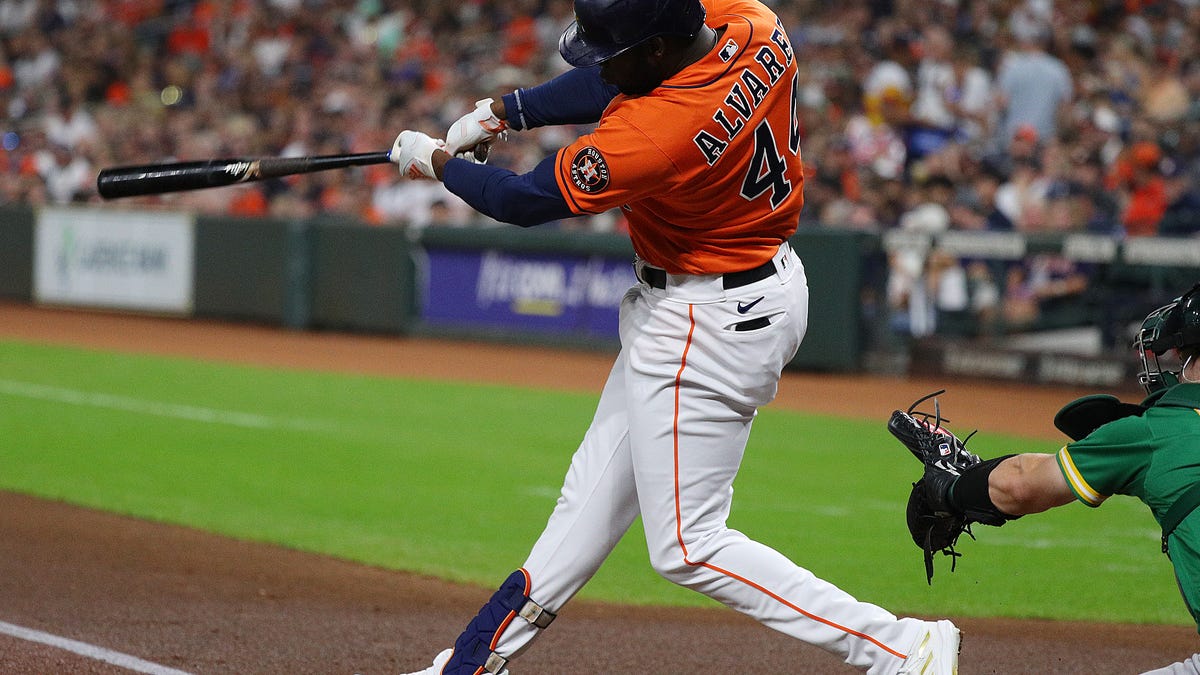 Astros OF Yordan Alvarez homers in 3 straight at-bats vs. A’s

There are less than 20 games left for each MLB team, and a lot of fan bases have already switched to football mode. When you mix that with these home runs races — Aaron Judge mashing balls toward the Yankees franchise record, and Albert Pujols trying to reach career home run No. 700 — it’s easy to forget the standings.

Yordan Alvarez would like to remind you of the Houston Astros’ place atop the AL. The fourth-year outfielder/designated destroyer of pictures’ souls helped his team clinch its sixth straight postseason appearance with three straight home runs in his first three at-bats during a 5-0 win against Oakland on Friday.

Here’s his first dinger that made its way to the party deck.

That ball traveled 434 feet, according to Statcast, and his follow-up to that was a paltry 431 feet.

Gains
Has cast iron plates to make sure they’re sturdy and avoid corrosion, includes the 17″ handle with multiple different weight plates you can lock in, can be stored with ease, and it’s easy to use too.

Someone, I don’t know who — probably A’s manager Mark Kotsay — thought it would be a good idea to give Adrian Martinez a third chance to get Alvarez out, and it was not the charm.

Apparently, the baseballs are as thirsty as the fans because that 464-foot no-doubter also made it to the party deck. If you’re keeping track at home, that’s 1,329 feet of home runs. Poor Martinez. The crack of Alvarez’s lumber obliterating his pitches is going to wake him up in cold sweats for years like a Rambo and POW camp.

On the mound for Houston, as if this post could get any more harrowing for Yankees fans, was Justin Verlander, who made his return from the injured list, went five innings, struck out nine batters, didn’t allow a run, got win No. 17 of the season, and lowered his MLB-leading ERA to 1.78.

The best part about the Astros’ continued dominance is what it does to New York fans. Look at them, sitting there with No. 99 jerseys and blinders on, trying to tune out everything but…