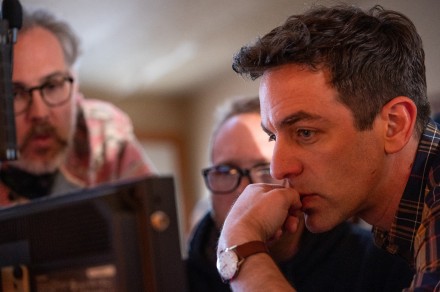 B.J. Novak on how Vengeance is more than just a crime thriller

Stop me if you’ve heard this before: a dead girl, a grieving family, an outsider looking to solve a mystery in a place hostile to him and the truth. Vengeance doesn’t break new ground in its opening 10 minutes, yet what starts as a conventional murder mystery becomes something deeper and more surprising: a culture clash comedy that possesses a stinging critique of the very genres it’s working in.

In an interview with Digital Trends, writer/director/star B.J. Novak, best known to audiences as Ryan the intern from the long-running NBC series The Office, talks about the appeal of the mystery genre and how the film both adheres to and breaks conventions of the popular genre.

Digital Trends: What compelled you to work in the mystery genre?

B.J. Novak: Vengeance started as a comedy with a deadpan concept that both bothered me and intrigued me: what if you got a call to not only mourn but avenge the death of someone that you really thought was just a casual person in your life?

As I thought more and more about it, the story morphed into someone who is pulled out of their comfortable life. The protagonist should be pulled into a different world and a different type of movie: a mystery. And so it sort of developed from there. I never wanted to lose the DNA of making a realistic comedy about the present. But I did think the other world he goes to (Texas) should be a genuine, realistic place.

To me, when I watched it, especially at the end, it was more than just a simple mystery movie. It developed into a critique of the true crime genre and media consumption. Was that your intent when you wrote it or did you just sort of find it as you were shooting?

The ideas I had came out somewhat subconsciously because they all filtered into the characters. I knew that Ashton Kutcher’s character had a lot of theories and insights into the nature of recording and the culture today and memory.

I knew my character would be very intrigued and troubled by that. I think…