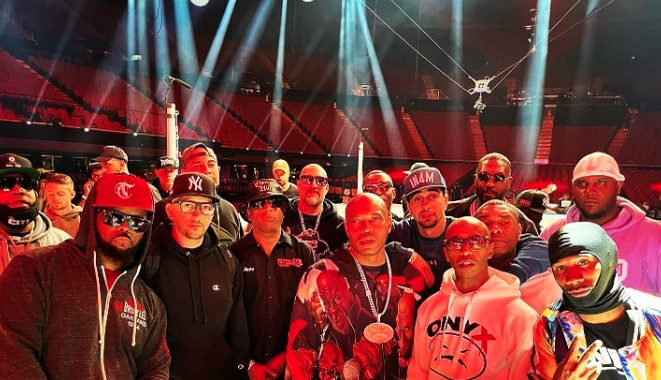 B-Real Says Cypress Hill and Onyx Got “Shorted” by Verzuz

With all of the fanfare surrounding the previous VERZUZ battles, it was anticipated that the face-off between two of the most iconic Hip Hop groups to date, Onyx, and Cypress Hill, would be one for the history books. Still, instead, Triller didn’t even broadcast the battle live on their IG page as was done with the previous, unprecedented shows. CH’s B-Real says the two legendary groups got played by the sponsors, and he wants answers.

The battle, which was held this past weekend in Los Angeles at The Forum, was not streamed on Instagram but instead offered up on PPV to those who wanted to see Sticky Fingaz, Fredro and Co. go up against B-Real, Sen Dog, and Muggs if you were willing to pay. Allegedly, this was because there were many boxing matches on the card, but B-Real says that is a poor excuse for not laying out the red carpet for these two award-winning groups.

“I have to say, although it was great to rock w/ our brothers @ONYX_HQ in the Verzuz battle, I feel like [VERZUZ] shorted us all by not running it on Ig live like all other battles,” he wrote. “They made it a ppv event & made the battle a side show for the boxing matches instead. IMO.”

See what B-Real had to say below.