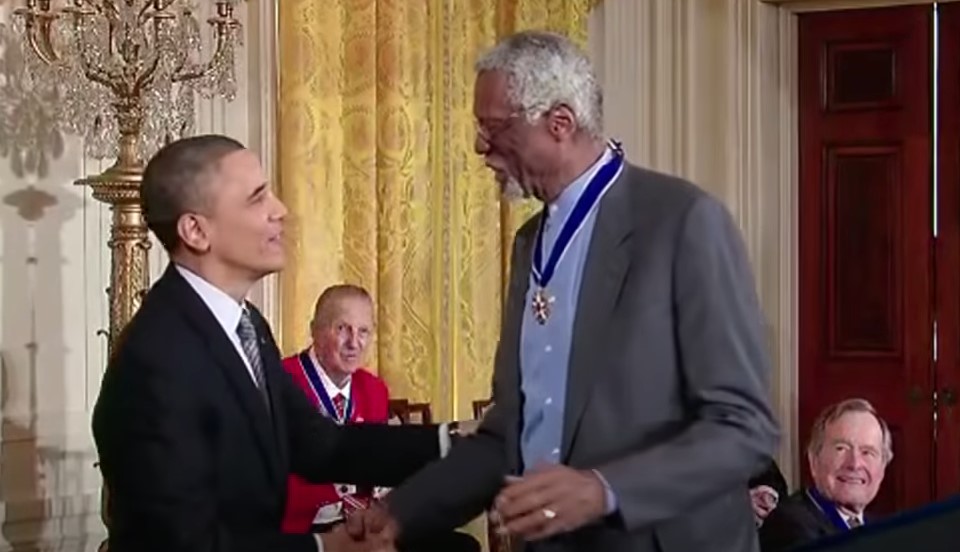 Bill Russell’s basketball career and accomplishments will never be touched. Michael Jordan and LeBron James combined have not won as many championships as Bill Russell. As immense as his basketball legacy is, Russell spent the bulk of his life fighting for civil rights.

Here is Bill Russell’s oral history for the Civil Rights Project from the Library of Congress:

Bill Russell spent his life mentoring others and giving back. People like Russell are irreplaceable, but they leave behind a legacy of lessons that we all can learn and implement to help make our nation stronger and the world a better place.

In the 1960s, Bill Russell once said, “I would rather die for something than live for nothing:”

My wife took me to see some of the #protests she said it was emotional & impactful & asked Can U believe U would live through this again in your lifetime? I said Yes, nothing had changed & we will see some change but most likely not enough #GeorgeFloyd @MSNBC @nba @BostonGlobe pic.twitter.com/ophnSYNfgc

At a time when the rights and freedoms of so many are being jeopardized and taken away in the United States, Bill Russell is a role model for the fights that are both ongoing and yet to come.