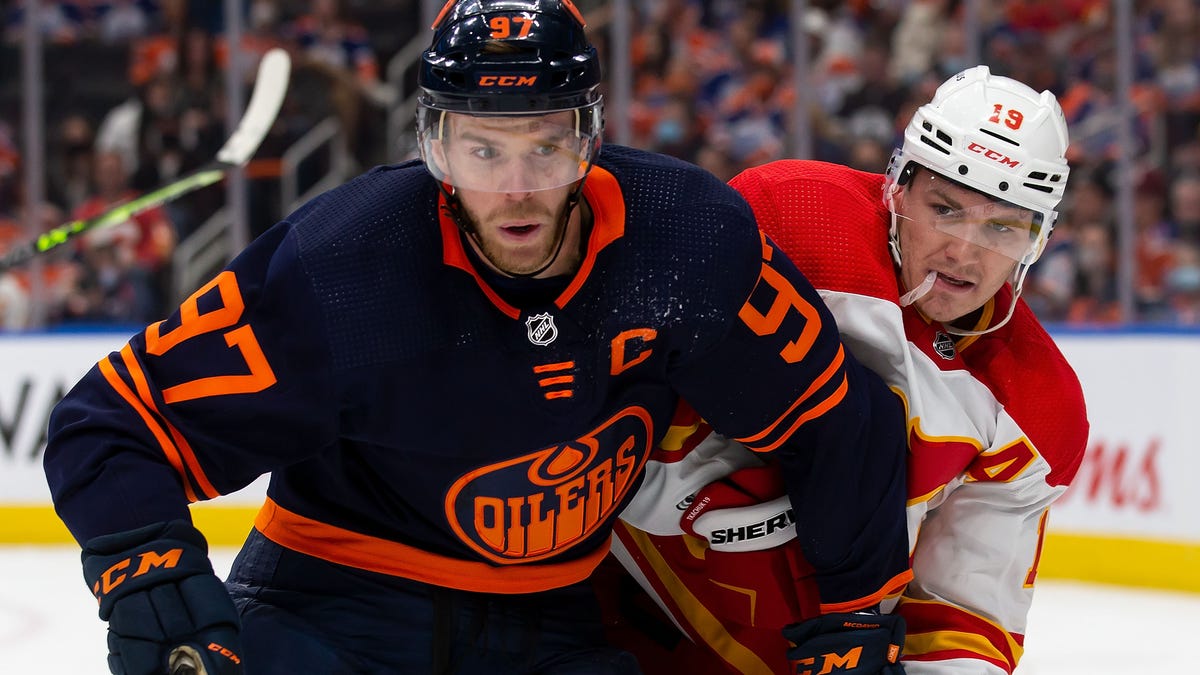 Battle of Alberta vs. Battle of Florida in Stanley Cup playoffs

Posted By: adminon: May 17, 2022In: SportsNo Comments
Print Email

The second round of the playoffs worked, in part, the way that the NHL dreamed up when it went to this postseason format of divisional brackets. You can question the wisdom of it happening in the second round, but we’re getting the Battle of Alberta and the Battle of Florida now.

These two rivalries, Flames-Oilers and Lightning-Panthers, are obviously quite different, but also maybe more similar than you think. Let’s take a look.

Alberta: The Edmonton Oilers, five-time Stanley Cup champions, home to Hall of Famers such as Wayne Gretzky and Mark Messier

Florida: Split, 2-2, each team won on the other’s home ice once

Alberta: Mike Smith spent 2017-18 and 2018-19 as a disastrous acquisition for the Flames, then left for Edmonton as a free agent, and rebuilt his career, even getting Vezina votes last season for the first time since 2012. Is Smith turning the clock all the way back 10 years to his best season as a pro? He had two shutouts in the first round against the Kings, getting revenge against Jonathan Quick for outdueling him that year in Phoenix.

Florida: Carter Verhaeghe made his NHL debut with the Lightning in 2019-20, scoring nine goals in 52 games, and making a small contribution to the Stanley Cup run with two assists in eight playoff games. He then signed with the Panthers as a free agent, scored 18 goals in his first season with Florida, then 24 this year… and six more…