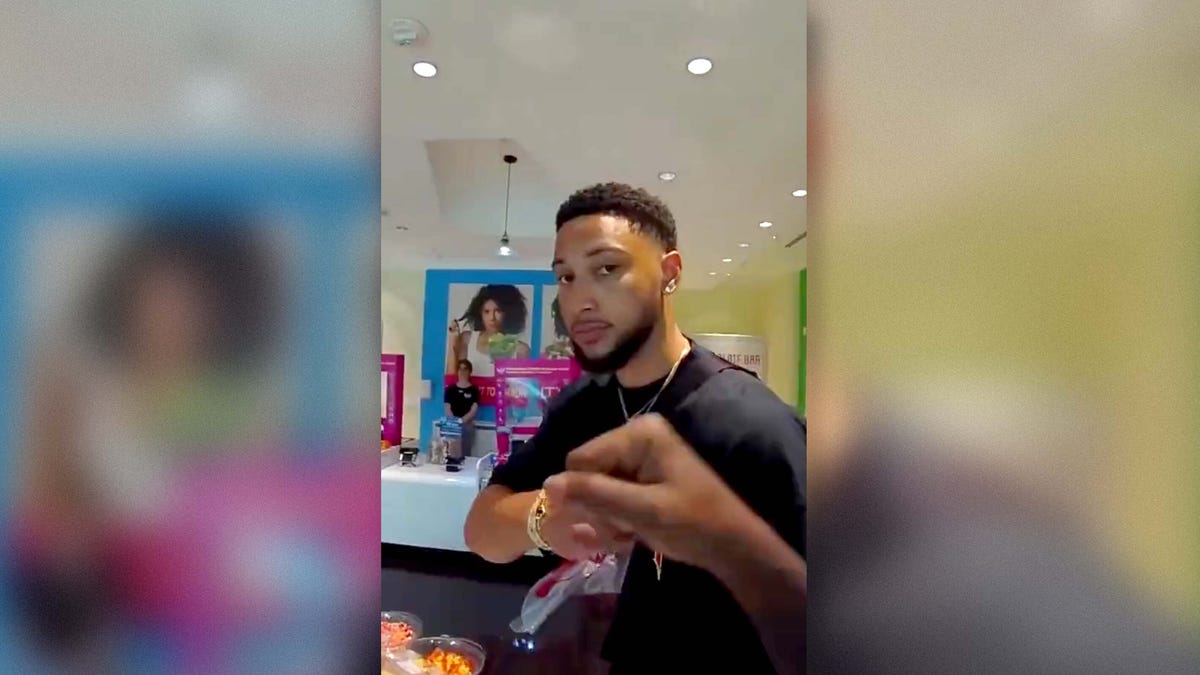 If you’re looking for Ben Simmons, you won’t find him on an NBA court, that’s for sure. If you’re lucky enough, you just might sneak up on him in a candy store rummaging through the selection. Comedian Gerald Huston walked up on Simmons and decided to give the NBA star a hard time calling him Russell Westbrook multiple times. But this wasn’t a case of mistaken identity. The comic called Simmons Westbrook because, like Russ, Ben can’t shoot worth a damn.

Watching the 30-second clip, I was impressed with how Simmons handled the situation, using a stern voice to force the stand-up into retreat. Anytime there’s an incident where a fan approaches a professional athlete with hostile intentions, there’s always a reason to pause because things can go downhill quickly. But it was good to see Ben handle this situation with seemingly no security or anyone else around him.

Westbrook had a similar incident with a fan in Toronto who thought it’d be funny to talk crazy to the former MVP. Russ got a little more hyped than Ben and traded words back and forth, but ultimately there was someone there to step in between the two. Had there not been, Westbrook may have caught a case that night.

This is the attitude the NBA and the Brooklyn Nets need Simmons to bring into the upcoming season. The 76ers would’ve relished having this confident version of Ben in Philadelphia last year. Instead, he didn’t play one game for Philly last season and hasn’t played for Brooklyn since being traded at the deadline in February.

Simmons was in the news earlier this week after reaching an agreement on a settlement with the Sixers on the grievance he filed in hopes of recouping part of the nearly $20 million the team withheld because he refused to play. Both sides agreed to keep the exact amount confidential, so that figure is unknown.