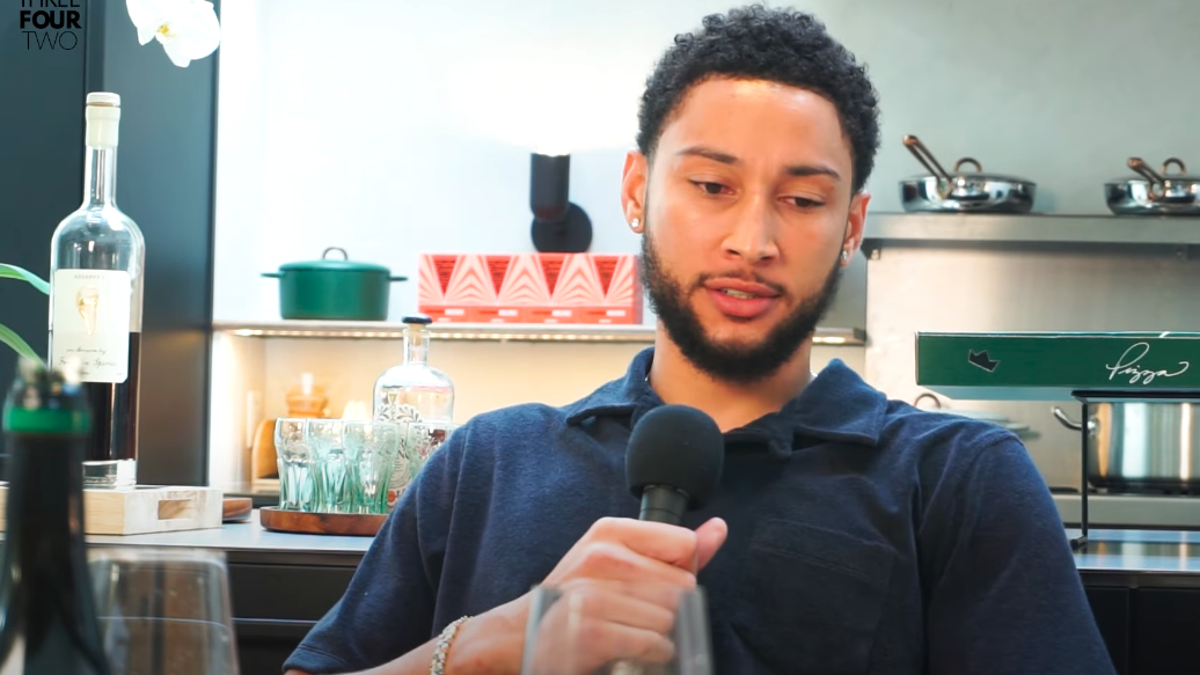 Even though the NBA season is about a month away, it still feels excessive to write about Ben Simmons. He never plays basketball outside of (I’m assuming) heavily edited Instagram videos, and yet he’s still in the public discussion. He could’ve had all his basketball skills drained from his body by a Nerdluck, and we’d have no idea.

His latest bit of self-promotion/delusion was an appearance on J.J. Redick’s podcast “The Old Man & The Three” where he responded to a question as leading as it was triggering. I wish Simmons would’ve just answered the query with one word — “yes” — like he could’ve because what else is he going to say when offered up: “Do you feel like a lack of shooting … was magnified because you were in Philly?”

But I guess we all get a bit chatty after a couple of glasses of chardonnay, and Simmons felt the need to talk about a city that would love it if he kept their name out of his mouth.

Did you catch that? It’s almost a throw-away line — “I feel like I’m part of Philly still.” If I was Redick — or more likely the bearded guy on the left who definitely turned his hat around after the host showed up rocking the backward look — I would’ve had to stop the podcast right there. Guy’s gonna make me choke on my Albariño. Still a part of Philly? What Earth are we on? Did I wake up the multiverse? Where is Kang?

While I’d have to listen to the whole podcast to know the follow-up question, one can only assume it’s some form of ball-tickling that makes up the majority of new media ventures. I barely keep up with old media, I don’t have time to be sucked into their self-absorption.

What is it about stemware that gets NBA players in their feelings? I…