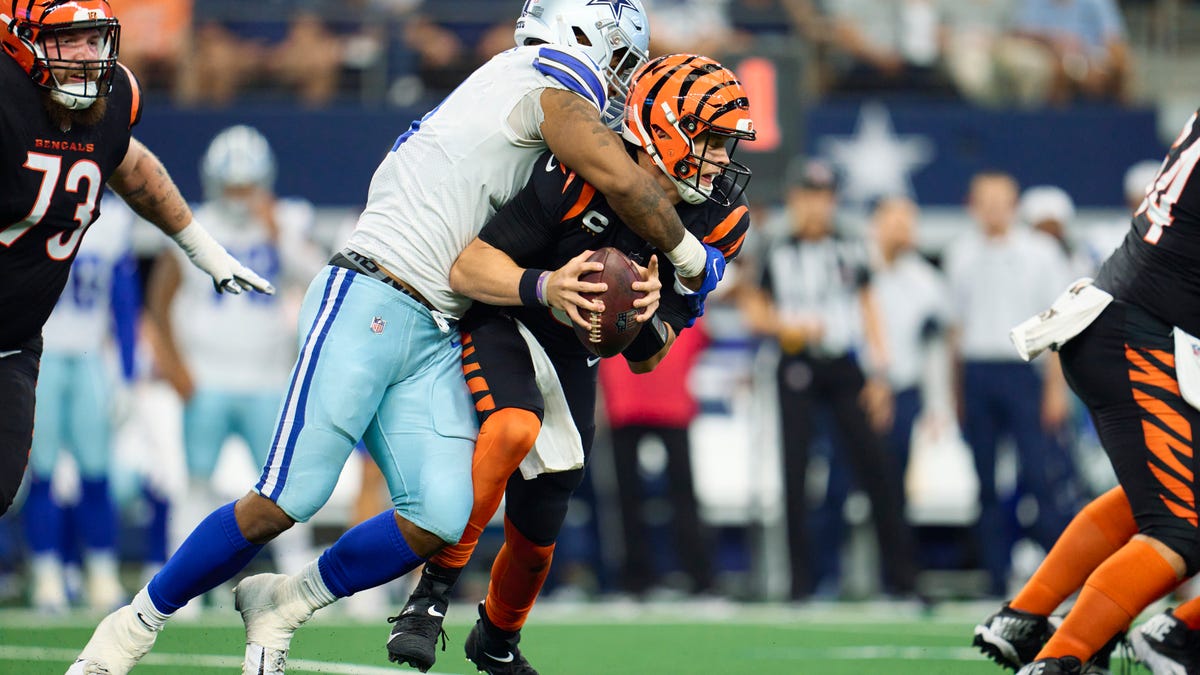 The most concerning thing about the Titans’ blowout loss to the Bills on Monday was the defense’s continued inability to stop the run. Tennessee has allowed the second most yards (339) in the league, ceding six yards per carry, also the second-worst mark in the NFL. I understand that the Bills are very good, and the Giants are 2-0. That said, the G-Men go as Saquon Barkley goes, and either Mike Vrabel didn’t sell out to stop him, or was worried about getting beat deep by Jones’ plethora of practice squad receivers.

Throw in a substandard Ryan Tannehill and an underperforming Derrick Henry, and the only music playing on Broadway Street is shitty, twangy, sad country songs. (Well, that, and the omnipresent “Take Me Home, Country Roads.”)

The departure of A.J. Brown left a hole that rookie receiver Treylon Burks is trying to fill. He leads the team in receiving yards (102), which is good for 48th among all pass catchers. The running game is supposed to open up the offense though, and Henry needs to get going for that to happen. Tannehill seems like he still hasn’t moved past last year’s one-and-done playoff appearance as a No. 1 seed, and, frankly, neither do the rest of the Titans. With four of the next five contests against the Commanders, Colts, and Texans, they could surely snap out of the malaise. Urgency is a must because the second half of the schedule is not as forgiving.