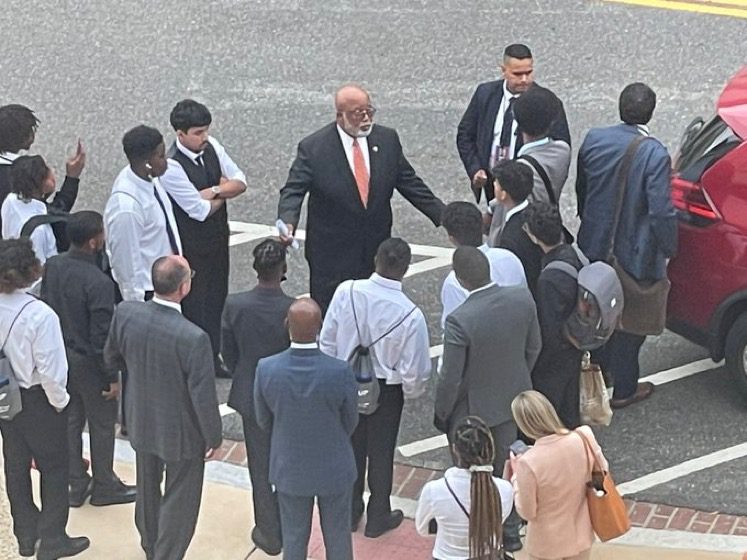 1/6 Committee Chairman Bennie Thompson was spotted holding an unplanned tutorial on the street about the 1/6 Committee after the hearing.

Video courtesy of freelance journalist Matt Laslo who gave PoliticusUSA permission to use his work:

Thompson was telling a group of young people, “People overseas who admire us as Americans, and we’re just acting like hoodlums, and that’s not who we are, so our committee’s responsibility is to find out what happened and make recommendations back to Congress, so if adopted, it won’t ever happen again.”

Laslo told us Thompson was surrounded by his new security detail and on his way to a waiting car. Yet, “He took his time.”

Chairman Thompson didn’t have to take his time to speak to the young people and explain to them what the 1/6 Committee is doing, but it is heartwarming that he loves his country and democracy so much that he is trying to educate on the street and spread American values and democracy even when he is not in the hearing room and there are no television cameras.

Chairman Thompson is a true patriot and his behavior is what a public servant is supposed to do instead of the crime and corruption that is being detailed in his committee’s hearings.

Based on Capitol Hill, Matt Laslo is a freelance journalist and writer who’s been covering campaigns and every aspect of federal policy since 2006.