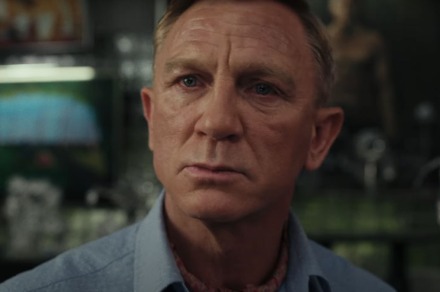 In late 2019, writer and director Rian Johnson’s Knives Out was an unexpected hit. There aren’t a lot of comical murder mysteries burning up the box office the way that one did. That may be why Netflix pulled the trigger on two Knives Out sequels, the first of which will arrive later this year. Now, Netflix has unveiled the first trailer for Glass Onion: A Knives Out Mystery. Former James Bond star Daniel Craig is reprising his role as detective Benoit Blanc. And as the title implies, Blanc has a new mystery to solve.

The trailer doesn’t give away too much of the plot. But we do know that the action is shifting away from the first film’s American setting and jetting off to a remote Greek Island. Edward Norton is co-starring as tech billionaire Miles Bron, who has gathered his closest “friends” and influencers for a private vacation retreat. Since this is a murder mystery, someone will inevitably end up dead. And unfortunately for Blanc, there is no shortage of suspects as he tries to identify the killer.

Glass Onion‘s primary supporting cast is also introduced in the trailer. Wrestler-turned-actor Dave Bautista is playing Duke Cody, a YouTube star who literally brings his guns poolside. Kate Hudson’s Birdie Jay is a fashion designer, while Leslie Odom Jr.’s Lionel Toussaint is a scientist who works for Bron. Janelle Monáe also appears as Cassandra “Andi” Brand, a tech entrepreneur in her own right.

Perhaps no one has more to lose than Kathryn Hahn’s Claire Debella. Claire is the governor of Connecticut running for the U.S. Senate — the very last thing she needs is a scandal. Rounding out the cast are Jessica Henwick as Birdie’s assistant, Peg, and Madelyn Cline as Duke’s much younger girlfriend, Whiskey.

Glass Onion is expected to get a limited theatrical release in November before heading to Netflix in December. However, Netflix didn’t attach any dates to the new trailer.