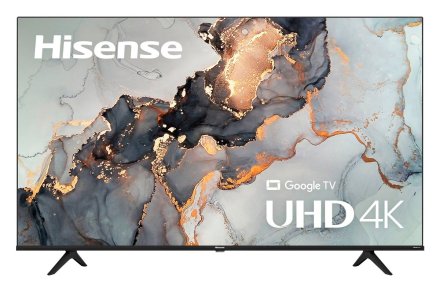 If you aren’t familiar with Hisense, it’s a brand that focuses on creating low-cost TVs with higher-end features, and it’s no surprise that it’s shown up a couple of times on our list of the best TVs for under $1,000, with the only other real competition in this space being TLC. Well, if you’ve been wanting to pick one of these TVs up, you’re in luck, as Best Buy has an excellent deal on a 65-inch A6 Series 4K Smart TV, bringing it down to $420 from $800 — a nearly 50% discount.

What makes the Hisense A6 Series so great is that it packs a bunch of features in a sub-$500 price tag, such as the 4K resolution that allows you to see some really fine detail, as well as throwing in both Dolby Vision HDR and HDR10, two of the best standards for HDR content. It is sadly lacking in HLG, although that’s mostly what broadcasters use, such as the ones for sports, so if you don’t watch those often, you likely won’t be impacted at all. Similarly, while it doesn’t have a 120Hz refresh rate, it does have a few features that work well for gamers, such as the Game Mode Plus, which helps reduce latency, or the support for Dolby Vision Game, which is nice to see at this price range. When you put those things together, you get one of the better Best Buy deals of the day for a TV.

As for the smart TV features, the Hisense A6 Series is built around the Google TV platform, so if you’re familiar with the ecosystem, then you probably already know that it has Chromecast built-in, allowing you to essentially stream content from your phone directly to the TV. Even better, it has Google Assistant, and the remote comes with a microphone so that you can control Google Assistant without having to take out your phone and connect to the TV. Also tangentially related is support for DTS Virtual: X, a post-processing package meant to create a better 3D representation with audio.

All in all, this 65-inch Hisense A6 Series 4K Smart TV is an excellent display to pick up for the price, especially with Best Buy’s deal bringing it to $420, more than half off…