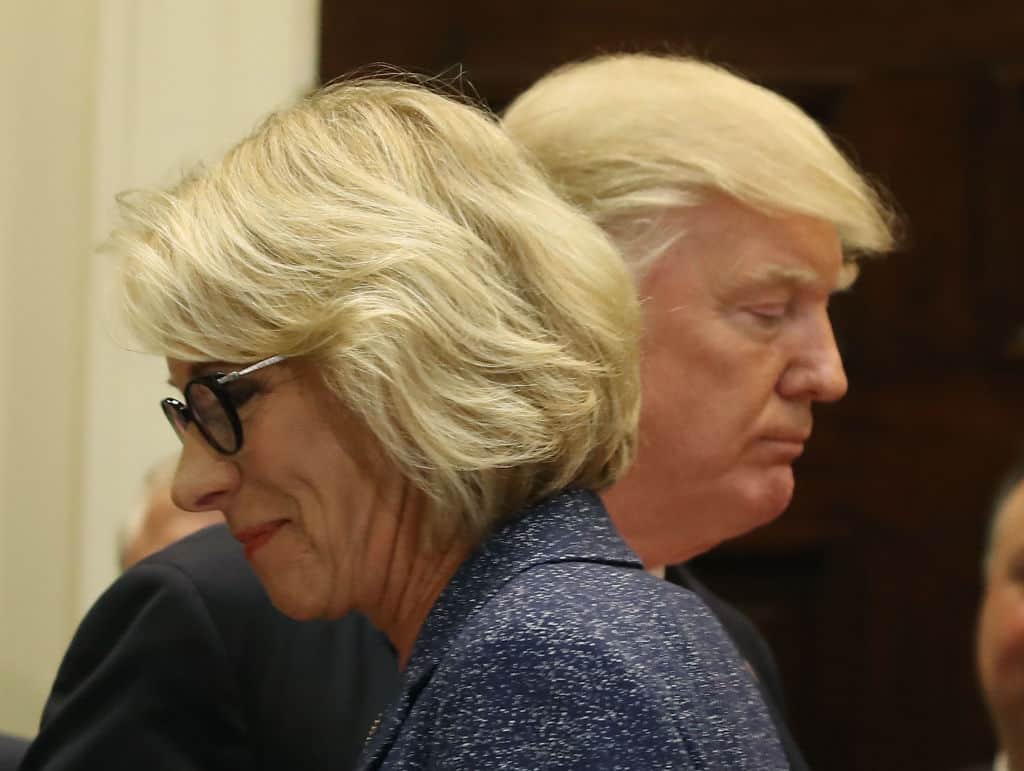 Betsy DeVos admitted that she supported using the 25th Amendment on Trump, and when Pence said no, she resigned.

She said Pence told her he would not support using the 25th Amendment and that his backing would be necessary for such an effort to be successful.

“I spoke with the vice president and just let him know I was there to do whatever he wanted and needed me to do or help with, and he made it very clear that he was not going to go in that direction or that path,” DeVos told USA Today. “I spoke with colleagues. I wanted to get a better understanding of the law itself and see if it was applicable in this case. There were more than a few people who had those conversations internally.”

DeVos resigned the day after Pence said that he didn’t support using the 25th Amendment on Trump.

Betsy DeVos is no hero. As Secretary of Education, she tried to destroy the public education system in the United States, but even she understood that Trump had lost it, and she couldn’t support domestic terrorism.

The same people who are smearing the 1/6 hearings today, like Kevin McCarthy, openly talked about using the 25th Amendment to get rid of Trump. McCarthy rejected it because the process took too long.

Forget the GOP propaganda campaign. Republicans know what happened on 1/6 and who was responsible. Trump’s own party was ready to remove him with the 25th Amendment after 1/6.

That fact says more about what really happened than the Republican defense of Trump today.