BREAKING NEWS
GMT-4 10:41
Home Politics Biden Calls For Roe To Be Codified And The Filibuster Removed 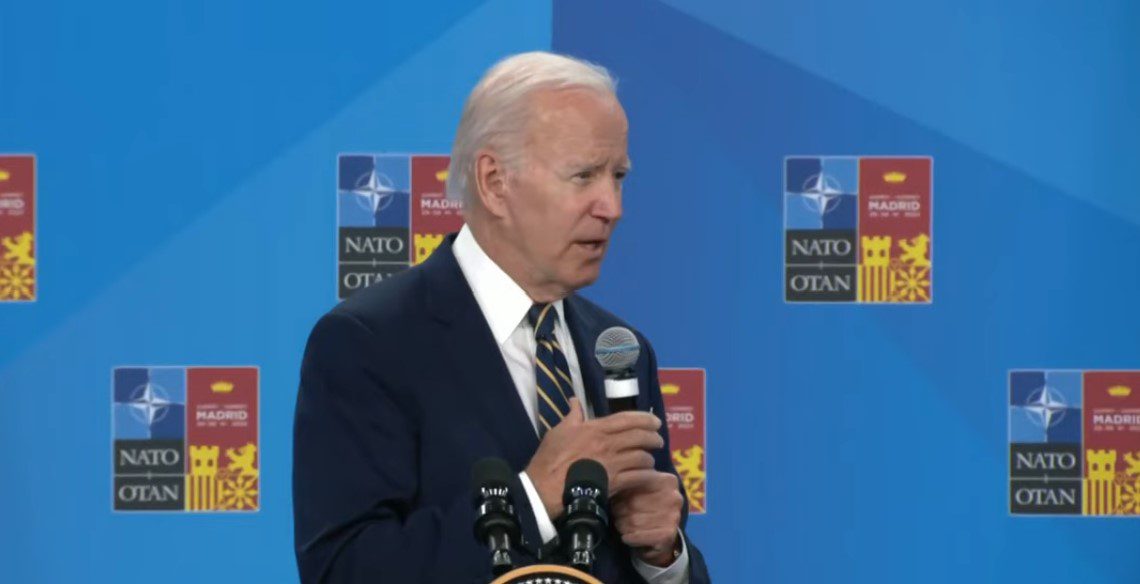 Biden Calls For Roe To Be Codified And The Filibuster Removed

President Biden made it clear where he stands on Roe by calling on Congress to federally codify the law, and remove the filibuster if it gets in the way.

Biden calls for Roe to be codified and the filibuster to be removed during the NATO press conference. pic.twitter.com/B283nXt4gp

I would be happy to go in detail with you on that, I’m having a meeting with a group of governors when I get home on Friday. And I’ll have announcements to make then, but first and foremost thing we should do is make it clear how outrageous this decision was and how much it impacts not just on a woman’s right to choose, which is a  critical, critical piece, but on privacy generally. Privacy generally.

And so I’m going to be talking to the governors as to what actions they think I should be taking as well, and but the most important thing to be clear about is we have to change — I believe we have to codify Roe v. Wade in the law, and the way to do that is to make sure that congress votes to do that. And if the filibuster gets in the way, it is like voting rights, it should be — we provide an exception for this — require an exception to the filibuster for this action to deal with the Supreme Court decision.

There was recent reporting that Biden didn’t support changing the filibuster to codify Roe, but that corporate media reporting was wrong.

Biden also foreshadowed some upcoming executive action on Friday by saying that he will be issuing some executive orders related to Roe. The President can’t codify Roe on his own, but he can take federal steps to protect women and ensure their ability to safely travel across state lines for reproductive services.

If Senate Democrats don’t have the votes to change the filibuster for Roe, voters can take care of that in November, by making sure that Democrats pick up two more Senate seats while keeping the House.

Sitting back and waiting until November and the election results is not a satisfactory answer, Democrats must do something on abortion because freedom…