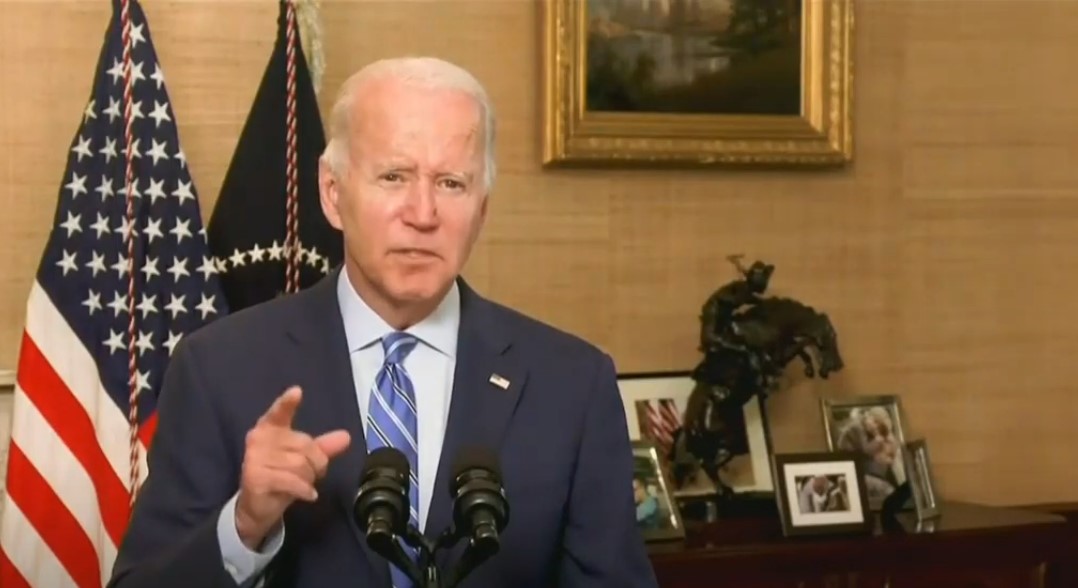 Biden Guts Trump, “You can’t be pro-insurrection and pro-American.”

President Biden reminded everyone that Trump is pro-insurrection as he lit into the former president prior to Trump’s arrival in DC.

For three hours, the defeated former President Of The United States watched it all happen, as he sat in the comfort of a private diner next to the Oval Office. While he was doing that, brave law enforcement officers were subject to medieval hell for three hours.

They were dripping in blood and surrounded by carnage. Face-to-face with a crazed mob who believe the lies of the defeated president. The police were heroes that day. Donald Trump lacked the courage to act. The brave women and men in blue all across this nation should never forget that.

The host of the event that Trump will be speaking at tried to frame it as a state of the union sort of policy speech that will focus on the policies of Trump, but that is fantasy.

Donald Trump is capable of, and has no interest in, giving a policy speech.

Trump is returning to DC as part of the groundwork for his next presidential campaign. The whole idea is for Trump to look and act like a shadow president. The event will try to pretend like 1/6 never happened, but 1/6 did happen, and the 1/6 Committee has demonstrated that Trump organized the violence and did nothing to stop it.

The 1/6 attack is who Donald Trump is, and President Biden made sure that the treasonous president will not be able to run from the Capitol attack.

Mr. Easley is the managing editor. He is also a White House Press Pool and a Congressional correspondent for PoliticusUSA….