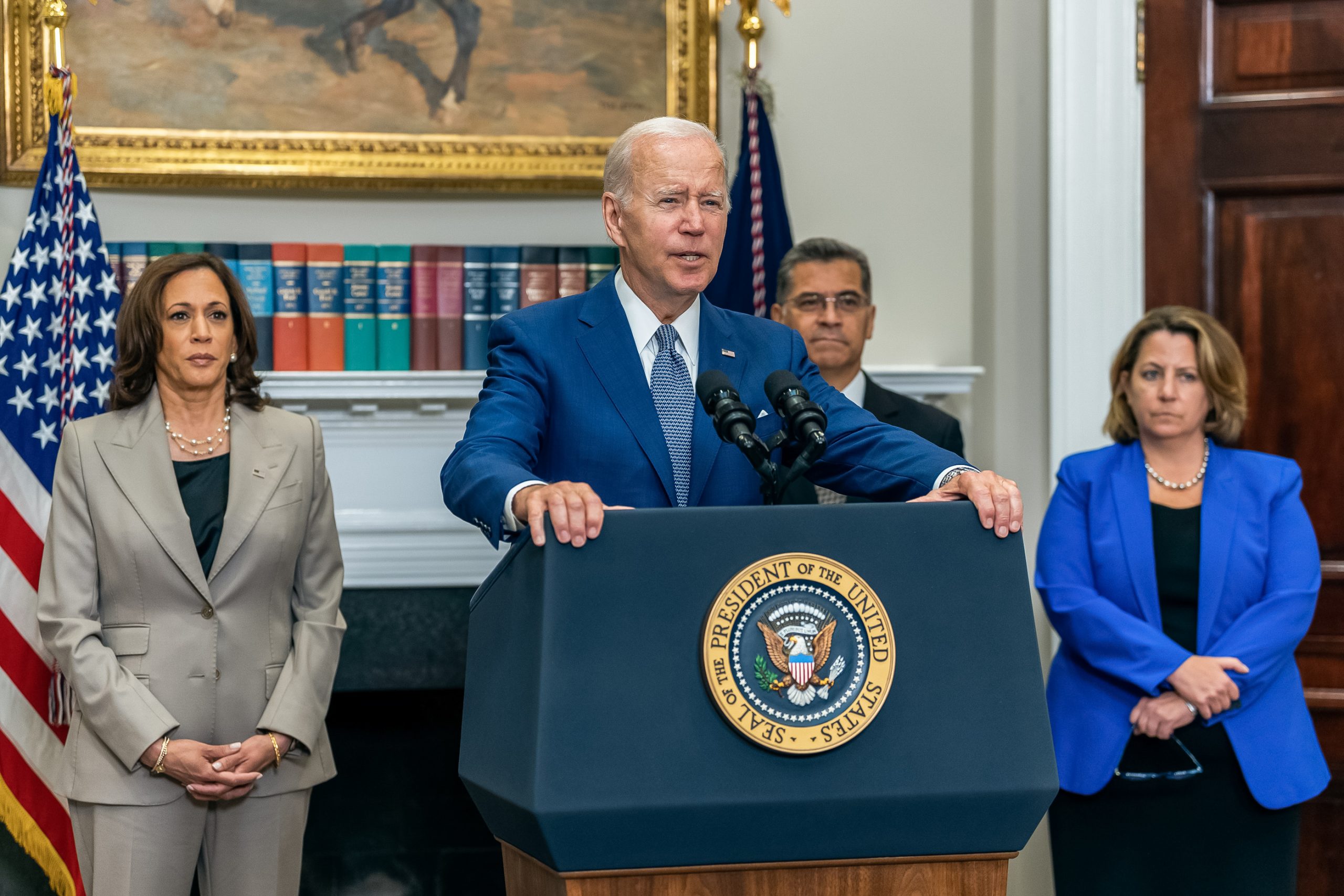 The White House is pressing Congress to codify, or lock-in, abortion rights in the U.S. White House Press Secretary Karine Jean-Pierre says the POTUS will do everything he can on abortion with the legal authority he has.

President Biden says he will continue looking for paths on abortion. Although some Republicans are plotting a national ban on abortion after the Supreme Court overturned Roe v. Wade. Roe was the landmark high court ruling that led to the legalization of abortion in 1973.

“This Court has made it clear it will not protect the rights of women.

I will. That’s why today I’m signing an Executive Order to protect access to reproductive health care.” -President Biden

The comment comes as the President signed an executive order on Friday aimed at preserving access to reproductive healthcare across the U.S.

Today I signed an Executive Order to protect the reproductive rights of women in the aftermath of the Supreme Court’s extreme decision to overturn Roe v. Wade.

It formalizes the actions I announced right after the decision and will add new measures to protect women’s health. pic.twitter.com/cujWTnxKvw