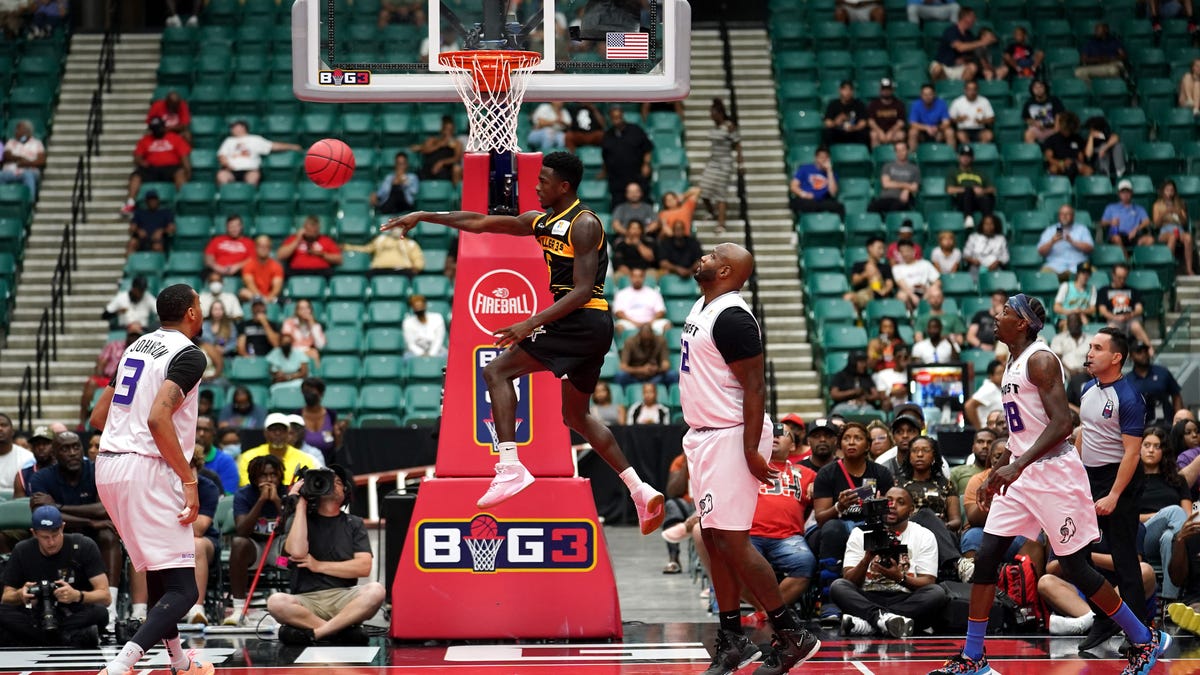 A gray-bearded, 46-year-old Cuttino Mobley playing basketball, by itself, is a little interesting, but not a needle-mover.

Big3 athletes still have some of the skills they possessed while playing in the NBA. The hand-eye coordination is there. Hell, Joe Johnson is still as smart as when he was in The Association.

But the biggest issue for old pros and retired NBA players showing off what remaining skills they have left? They can’t jump that high.

Don’t fret. I have a solution to fix the Big3: Trampolines.

Let’s revive SlamBall and incorporate it into the Big3. I’d watch that every week. It’d be appointment television. It’d be a dog-house-to-penthouse scenario with Colin Kaepernick recently investing in the league, avoiding a potential shutdown of Ice Cube’s startup sports organization. And this change would make it stand out even more.

Would the risk of injury be higher? Absolutely, but it shouldn’t skyrocket beyond belief. Plus, part of the appeal of NASCAR is to see the wrecks. Every time there’s a wreck, there’s a traffic jam, as drivers tend to rubberneck, enthralled by seeing the damage.

SlamBall was played 4-on-4, but on a full-court, as opposed to the half-court and 3-on-3 style of Big3. So an abridged version wouldn’t need to put more players on the court. In between each basket and the 3-point line would be four trampolines in a diamond formation. All slam dunks are worth 3 points in addition to traditional basketball rules for shooting inside and beyond the arc.

The court is surrounded by plexiglass and substitutions were allowed on the fly, like in hockey. Another huge difference from traditional basketball: SlamBall is a full-contact sport. With both players on the ground, hockey-style hip-checks are legal. If you did that in the NBA, it’d be a flagrant foul. But don’t worry, players wear plenty of pads.