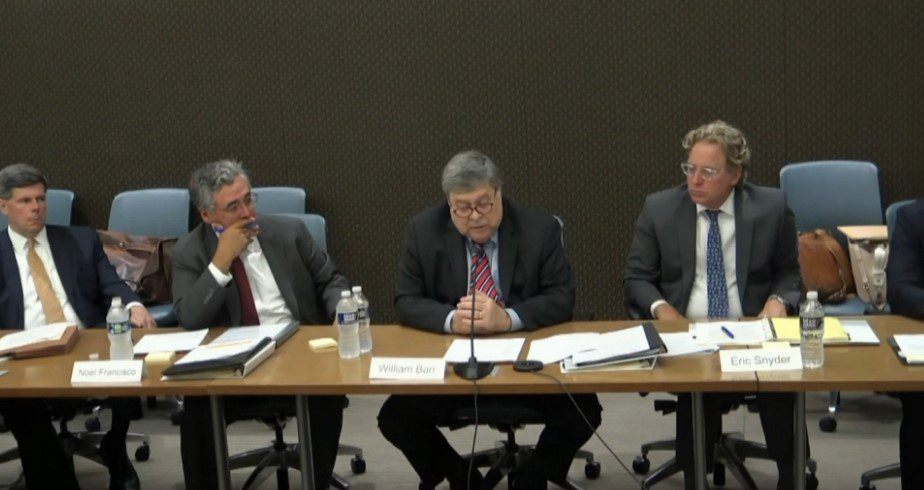 While a copy was being made, he said, this is proof that the dominion machines were rigged. The report means I am going to have a second term. Then he gave me a copy of the  report. And as he talked more about it, I sat there flipping through the report and looking through it. To be frank, it looked amateurish to me. It did not have the credentials of the people involved. I did not see any real qualifications and statements were made very conclusory, like these machines were designed to engage in fraud or summing to that effect, but I did not see any supporting information for it.

On the other hand, I went into this and would tell him how crazy some of these allegations were. There was never an indication of interest in what the actual facts were. My opinion then and now is that the election was not stolen by fraud and I have not seen anything since the election that changes my mind on that.

Trump had lost touch with reality. It is debatable how close Trump was to reality before the 2020 election. This is the same person who kept saying that COVID would go away and suggested injecting people with bleach.

The talk about the 25th Amendment makes sense, as it sounds like Donald Trump was out of his mind and being enabled by drunk Rudy Giuliani.