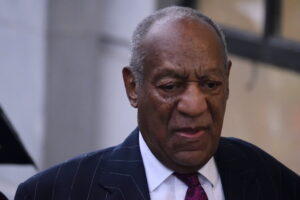 Attorneys for Bill Cosby are seeking a retrial after a Los Angeles jury found in favor of Judy Huth, who accused the shamed comedian of sexually abusing her in 1975.

In Santa Monica Superior Court last Wednesday, Cosby’s legal team asked Judge Craig Karlan to set aside the judgment from July 12 in favor of the 64-year-old Huth. The jury reached the verdict on June 21, awarding the now 64-year-old Huth $500,000.

According to USA Today, jurors at the civil trial found that Cosby sexually abused Huth, then 16, at the Playboy Mansion in 1975.

During the course of the trial, Cosby’s attorneys rejected any and all wrongdoing as they pointed to inconsistencies in Huth’s story. In paperwork submitted to the court, Cosby’s legal team stated that the grounds for the retrial are “irregularity in the proceedings of the court, jury, or adverse party,” jury misconduct, excessive damages, and insufficient evidence to justify the verdict reached and errors in law.

Attorneys intend to file an alternative motion for judgment notwithstanding the verdict. The deadline for hearing both motions is September 13.

A jury found that Cosby intentionally caused harmful sexual contact with Huth, that he reasonably believed that she was under 18, and that the conduct he displayed was driven by unnatural or abnormal sexual interest in a minor.

The case was delayed in 2015 after the legendary entertainer was arrested and then jailed in Pennsylvania on sex-crime charges. Last summer, the Pennsylvania Supreme Court overturned Cosby’s sex assault conviction, citing a previous agreement that prevented him from being charged in the first place.

The disgraced TV star went to a prison near Philadelphia. In 2018, Cosby, now 84, was sentenced to serve three to 10 years in prison for sexually assaulting and drugging Andrea Constand at his home in 2004.

More than 60 women have accused the actor of sexual misconduct, the Associated Press has reported.