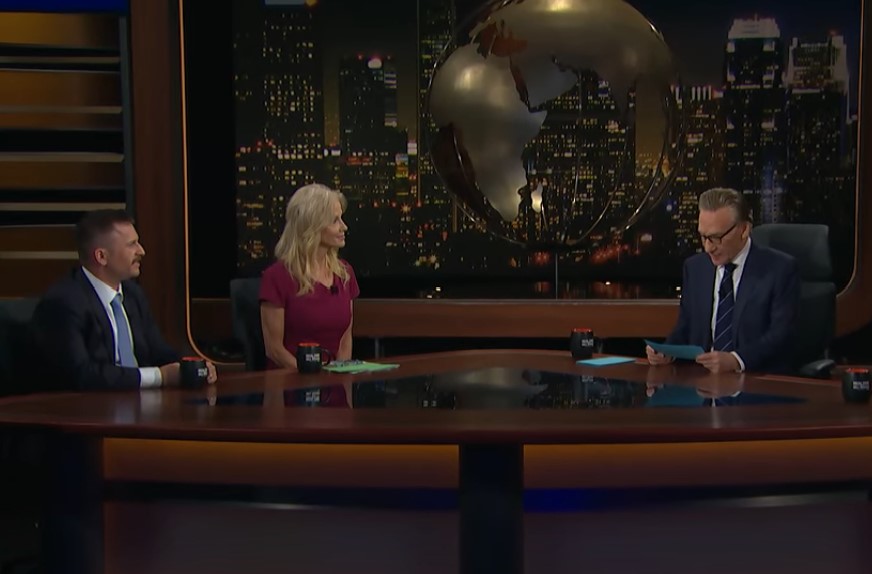 Bill Maher had Kellyanne Conway back on his show, and the program also featured Maher blaming Hollywood for gun violence.

Clip of Maher and Conway:

The Conway stuff was more of the same. She pushed the usual lies and spin for Trump about 1/6, and Maher didn’t present a forceful challenge or pushback.

Maher’s commentary on Hollywood being one of the causes of gun violence could have been written by the NRA:

The difference is that, unlike Kyle Rittenhouse, a movie has never shot and killed people.

Bill Maher thinks he has found his new formula for success. MAGA commentaries bashing liberals, which Fox News’s website writes up every week, combined with some jokes about the right that he hopes will keep his old audience hanging around.

Bill Maher has “real time” demonstrated the white man transformation into a Fox News viewer in front of the country.

MAGA Maher is a real thing, and it is only a matter of time before he starts wearing a red and hanging out on Fox.