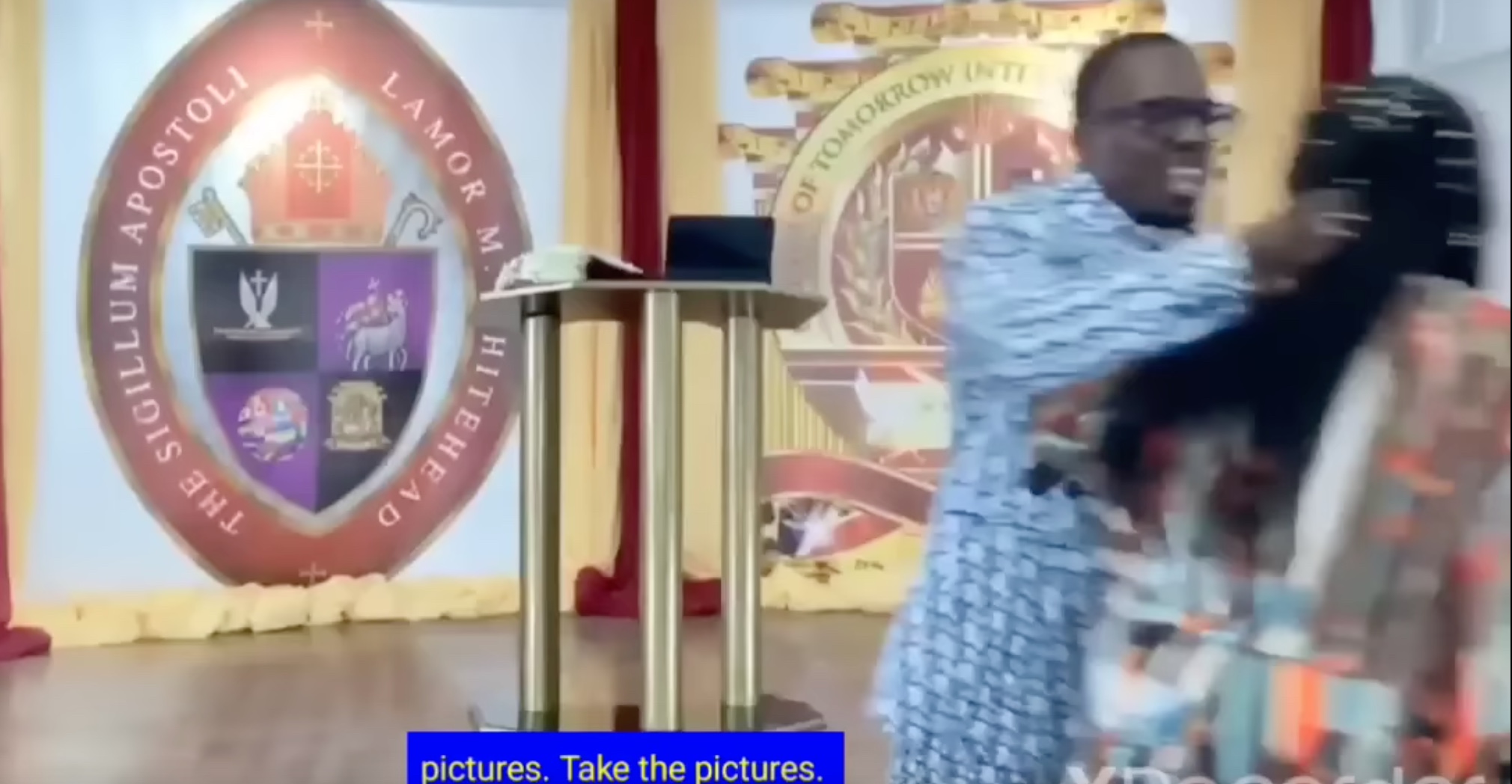 New York City Bishop Lamor Miller-Whitehead has found himself embroiled in yet another controversy after a video of him grabbing a female church attendee has been circulating across social media platforms.

Whitehead has consistently found himself in the headlines, more often than not gaining criticism from the public. Often referred to as the flashy New York City pastor, Whitehead has been criticised for his extravagant lifestyle, specifically his expensive clothing and jewellery. His behaviour has also been called into question in the past, with some members of the public expressing that they do not believe his attitude is befitting of a member of the clergy.

Whitehead’s latest controversy stems from a recent incident at his church involving an attendee. In the video, Whitehead is seen at the pulpit delivering his sermon at the Leaders of Tomorrow International Church. While speaking about the biblical figure Leah, Whitehead talks about the criticism he and his church have faced.

The bishop continued his sermon and told his congregation that “they snapshot and shooting right now, they screen recording right now,” and later, while speaking to someone standing off camera, tells them to let them record.

As the woman passes the bishop arguing, he suddenly grabs her by the hair/neck-back and takes her off camera, stating, “Now go over hear, go over hear,” then returns to continue his sermon.

Watch the video below.

RELATED: Kanye West Sued By Bishop For Using His Sermon In A Song

RELATED: Bishop Who Got Robbed On Camera Has An Ongoing Lawsuit For Allegedly…