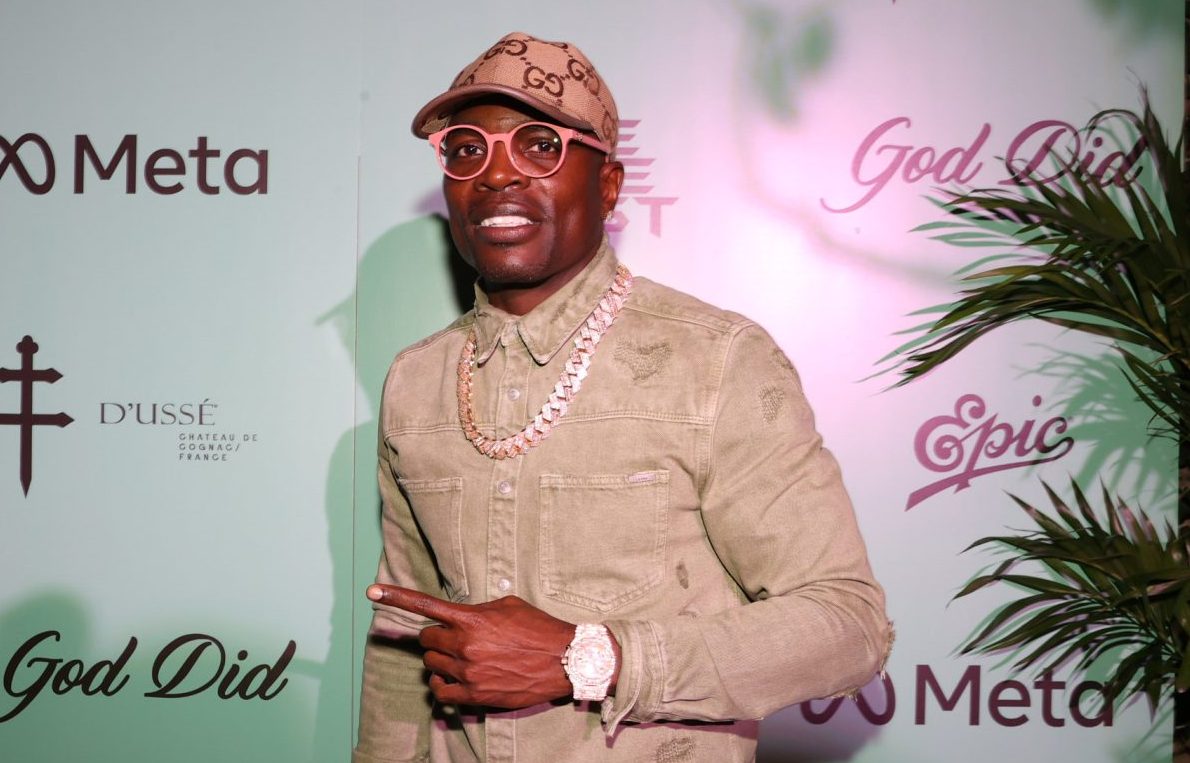 As many of you know, there was another incident that occurred at Bishop Lamor Whitehead‘s church over the weekend. He was seen on his church’s live stream apparently getting into a physical moment with a woman. After the video went viral, the Bishop took to social media to speak about the incident and denied choking the woman. He said in a separate post that he was arrested and injured by police before being released after the incident.

On Monday, Bishop Whitehead held a press conference in front of the 69th Precinct in Brooklyn to speak about the incident. He shared more details about what unfolded before and after the viral moment and shared that two women were disruptive during his service. As previously shared, Bishop claims that one of the women in the video tried to come for his wife and child, which prompted him to escort her out of the service.

Bishop told reporters that the two women were sent by Larry Reid and De’Mario Jives, two online personalities he filed a lawsuit against earlier this month.

“These two bloggers, they’re nobody, but they’re trying to get publicity off of me,” said Bishop. “They’re the ones that sent these people here. So once again Bishop Whitehead was set up.”

Whitehead says that he has another angle of the video from inside the church he plans to share to back up his side of the story.

As previously reported, Whitehead filed twin $20 million lawsuits against YouTuber De’Mario Jives, who is known as King Jives, and online personality Larry Reid after they reportedly claimed he was a scammer, as well as other things.

Reid and Jives both denounced the lawsuits filed by Whitehead.