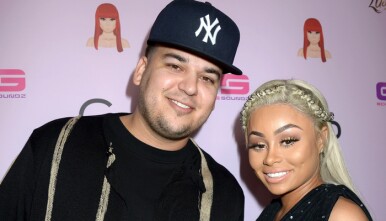 Potential jurors were sent home from the courthouse in Los Angeles after the parties informed the judge that they had agreed to a settlement.

The exact details of the settlement remain unclear. It comes just days after it was reported that the case would proceed because the couple was unable to come to an agreement.

A source confirmed to Rolling Stone the case now will not be going forward. Adding that the ex-couple wanted to resolve the issue for the sake of their 5-year-old daughter, Dream Kardashian.

In 2017, Blac Chyna, 34, filed a suit against Kardashian after he allegedly posted private nude photos of her on Instagram.

Chyna obtained a restraining order against the Arthur George designer after he leaked explicit images of her on social media. Rob Kardashian has denied the claims.