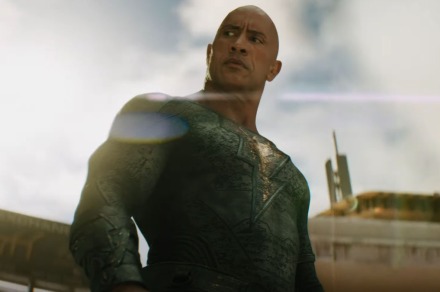 Black Adam faces a dire choice in the new trailer

The DC Extended Universe has never needed a Superman more than it does now. What it got was Black Adam. Dwayne Johnson’s antihero has powers and strength that are comparable to the Man of Steel’s abilities. They may even be greater than Superman’s gifts. But the thing that makes Black Adam so dangerous is that he lacks the moral compass of a hero. And he absolute does not hold back in the newly released trailer for Black Adam. The only question now is will Black Adam use his powers to save this world from itself? Or will he destroy it instead?

In DC’s comic book lore, Black Adam was the original champion of the wizard Shazam, before he was exiled for his hubris and his fall from grace. Now, Black Adam has escaped after 5,000 years of imprisonment, and no one can truly challenge his might as he dispenses his own brand of justice. That’s why the Justice Society of America has been called in to deal with Adam.

The Justice Society may not be as famous as the Justice League, but these are the legacy heroes of this world whose linage goes back to World War II and beyond. Aldis Hodge co-stars as Carter Hall/Hawkman, with Noah Centineo as Albert “Al” Rothstein/Atom Smasher, Quintessa Swindell as Maxine Hunkel/Cyclone, and Pierce Brosnan as Kent Nelson/Doctor Fate.

Within the trailer, Hawkman foolishly underestimates Black Adam’s power and is subsequently outmatched. In contrast, Nelson attempts to appeal to Black Adam’s better nature. But he may find that Black Adam has no better nature. And he has no inclination to peacefully co-exist with the so-called heroes of this world. Note that the head of Task Force X/The Suicide Squad, Amanda Waller (Viola Davis), has also made it her business to bring Black Adam down. If that’s even possible, given his god-like abilities.