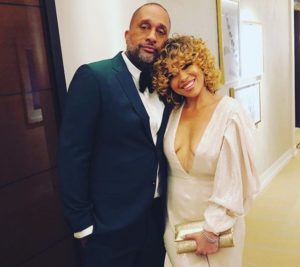 The creator of black-ish has filed for divorce from his wife of more than 20 years.

According to People, Kenya Barris has moved to end his union of more than 20 years by filing for divorce earlier this month, on June 1. He and his estranged wife, Dr. Rania “Rainbow” Barris, have been separated since September 2020.

The estranged couple has six children, including four minors — Lola, 16; Beau, 14; Kass, 12; and Bronx, 5. There is a request for joint and legal custody of the kids in the filed paperwork. Barris also indicated that he would be paying spousal support to his ex.

The family show black-ish was inspired by his relationship with his soon-to-be ex-wife. He even named Tracee Ellis Ross’s character after his wife, Rainbow.

This is the third time divorce papers have been filed. Initially, in 2014, Rania filed for divorce before withdrawing the filing less than a year after filing when the couple reconciled. Yet, in 2019, Kenya was the one who wanted out of the marriage when he filed paperwork before deciding to patch things back up with his wife and stay together.

Last year, the showrunner announced that he would enter other realms of entertainment by launching a record label and starting his own podcast.

He signed a joint venture with a major recording label. And he’s expanded his extensive business portfolio by starting a podcast and has reportedly secured a deal with ViacomCBS’ new BET Studios after exiting a $100 million Netflix deal last January.

According to The Hollywood Reporter, Barris announced that he had also started a record label, Khalabo Music, a joint venture with Interscope Records. Khalabo Music has already signed a few artists to its roster.