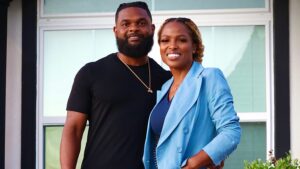 Three Houston-based real estate investors have filed a racial discrimination lawsuit against a real estate agent who refused the group the option to buy three condos in a new community.

According to the group, Lin told them they wouldn’t be able to secure a Fannie Mae Mortgage loan for the units and added that “all the owners were either personal friends or knew each other.”

However, the group says in court filings they never expressed a desire for financing.

“I’ve been in real estate for over 15 years, and I’ve never experienced anything like that,” Misty Ra-Amari told CNN.

It’s no secret that Black men and women face racial discrimination in the housing industry, especiaqllty when it comes to getting a loan from a bank. However, Black men and wome have begun fighting back in court.

Last year, a Black couple in California filed a racial discrimination suit against a real estate appraiser after he undervalued their home by $500,000. Earlier this summer, a Black couple in Baltimore who purchased their home in 2017 for $450,000 and made $40,000 in renovations filed a racial discrimination suit after their home was valued at $472,000 by 20/20 Valuations and LoanDepot denied the couple’s refinance loan.

In the Houston group’s suit, the group alleges a Grand West Condos information packet promoted the complex as “a new option for Chinese and Asian communities.”

In a statement to CNN, RE/MAX said Lin hasn’t been involved in their operations since December 2021 and  “had no affiliation with the RE/MAX brand in any way at the time of this alleged occurrence.”

The trio said that despite the incident,…