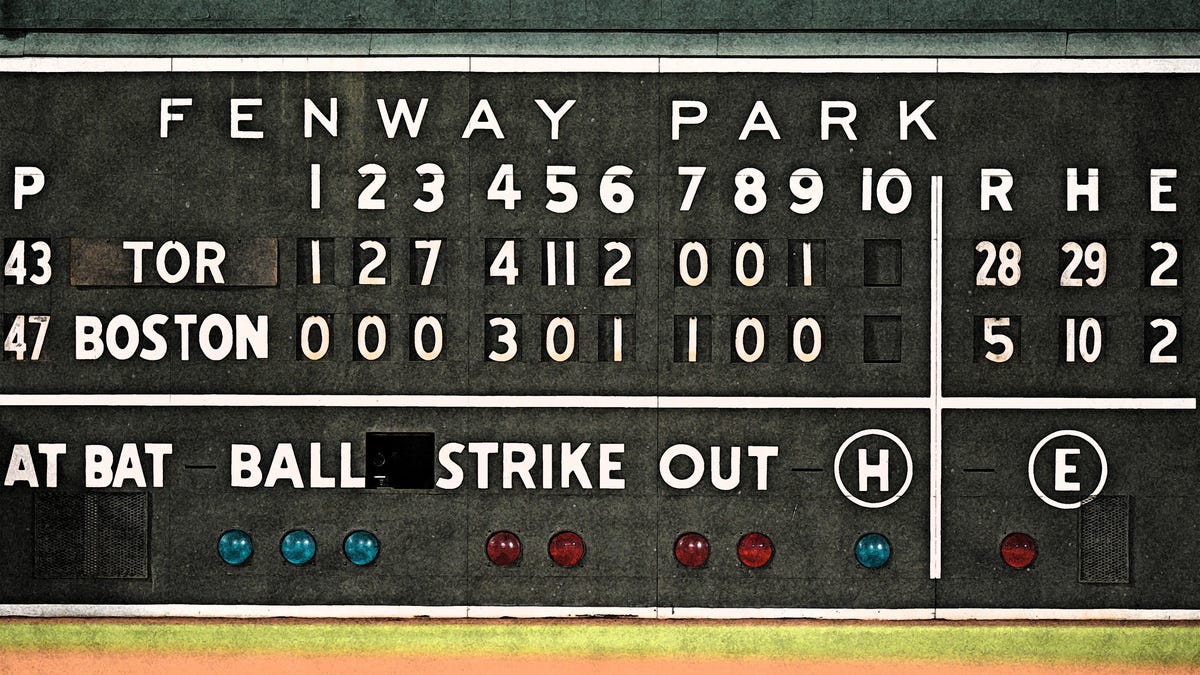 There was a lot to be ashamed of from a Red Sox point of view Friday night. Allowing a single-game franchise record 28 runs to the Blue Jays, who set the Toronto single-game scoring output mark, is going to make the first five minutes of SportsCenter, if not lead the show. Obviously, there are a ton of stats to sift through in the aftermath of a 29-hit game.

Those can hold though, because when there’s a highlight that embodies a performance as abhorrent as Boston’s, you don’t need to do much other than roll the footage.

If you’re asking, yes, that was an inside-the-park grand slam by Raimel Tapia. The Red Sox have had trouble tracking fly balls this season, and while Christian Arroyo was able to keep Joey Gallo from touching all four bases in that instance, Jarren Duran was so far away from the fly ball that left fielder Alex Verdugo had to retrieve it, and by that time there was no catching Tapia.

“I hit it on the barrel, but at the same time I didn’t think it would go too far,” the center fielder said via interpreter after the game.

For as “hopeless” as Duran said he felt in the moment — and I’m sure there’s no worse feeling for an outfielder than losing a fly ball — I don’t think the reaction from the folks at Fenway could be described the same way.

There aren’t a lot of times that I’d like to attend a blowout, but to be in the stands while a spurt of PTSD prompts Sully and Murph to regress to the bitter, jilted Red Sox fans that people laughed at until 2004 would be such a joy. Call me a hater or schadenfreude or whatever. All I know is historically angry fans having a historically bad night at the ballpark is funny to me. (I’m the guy who laughs the angrier someone gets. It’s a disarming technique…