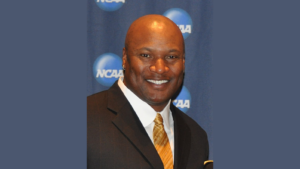 Former NFL and MLB star Bo Jackson revealed himself as the anonymous donor who covered the funeral cost of all 21 victims killed in the Uvalde school massacre.

On Wednesday, the sports star revealed himself as one of the donors who felt compelled to offer financial support to the families who lost children in the May mass shooting, ESPN reports. Jackson, 60, shares a personal connection with Uvalde due to how often he drives through the town during his drives to visit a friend’s nearby ranch for hunting trips.

“I know every family there probably works their butts off just to do what they do. … The last thing they needed was to shell out thousands of dollars for something that never should have happened.”

Three days after the May 24 mass shooting, Jackson and a close friend met with Texas Gov. Greg Abbott to present a check for $170,000 that would cover all funeral expenses for the 21 victims. Abbott held a press conference that same day announcing an anonymous donation would fund the funerals.

“We didn’t want media,” Jackson said. “No one knew we were there.”

Abbott commended Jackson for offering the donation, “so they would have one less thing to worry about as they grieved,” CNN reports. He offered more praise to the former sports star who enjoyed a reign during the 1980s and 1990s.

“The true spirit of our nation is Americans lifting up one another in times of need and hardship,” Abbott said in a statement. “

We are truly grateful for the generosity of Texans and Americans like Bo Jackson, who have stepped up to help in the aftermath of the shooting at Robb Elementary School. When we asked people to support the Uvalde community in the days after, Bo did not hesitate in reaching out to my office to offer his help to the grieving families.”