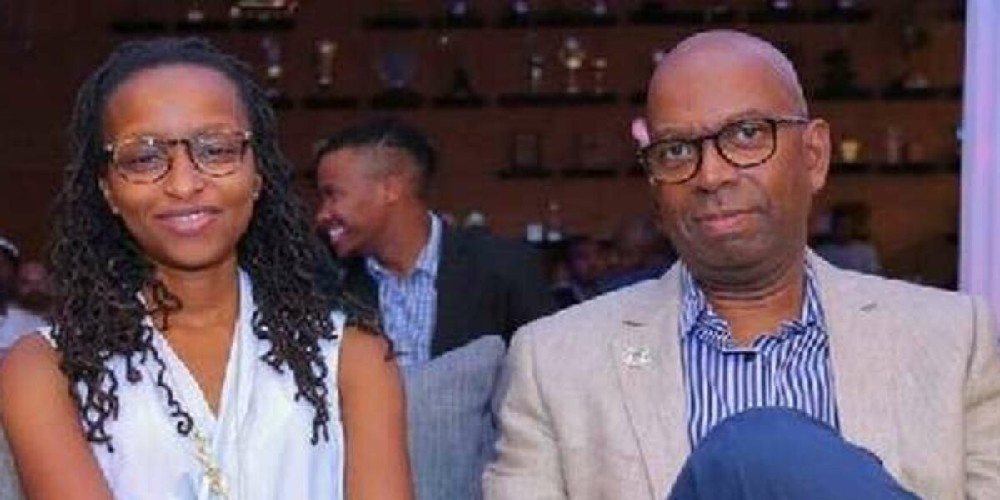 Wambui Kamiru, the widow of late Safaricom CEO Bob Collymore, opened up about her experience with men in the US seducing her because of her hairstyle.

Kamiru spoke during a podcast interview with Wanjiku Ngugi where she talked about her artwork and her life in general.

Collymore’s widow opened up about an incident in the US where she received a lot of attention from men because of her hairstyle.

Kamiru said that she was completely baffled by the number of men who stopped her and asked for her number after she wore a wig.

“I remember once in the US I decided to wear a wig and got to the hardware store. By the time I had gotten to the middle of the store I had three men stop me and ask for my phone number,” she said.

Kamiru further admitted that she had never received so much attention from men when she had dreadlocks, which left her wondering.

“I had never had such an experience with my dreadlocks which were under my wig. It was interesting to see men come up and speak to me,” she said.

Kamiru noted that the experience made her believe men have different perceptions about women based on different hairstyles.

“I feel that it has more to do with the perception the other person has of me based on how I present myself. So I possibly looked easier to handle or approach, I don’t know.”