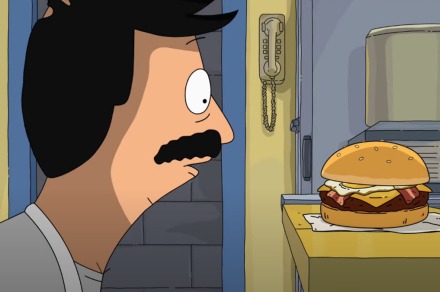 Bob perfects his practice burger in The Bob’s Burgers Movie

In a new preview scene from the film, Bob is so nervous about extending a loan to secure the future of his business that he plans to bribe his banker with a tasty burger. After all, it’s not like Bob has any money to bribe him with. But getting the burger just right is going to take a little practice, even with Bob’s steady hand at the grill.

Naturally, saving the business won’t be as simple as Bob hopes. As glimpsed in the following promo, Bob’s Burgers suffers an even greater misfortune when a massive sinkhole opens up right in front of the main entrance. People can’t buy burgers if they can’t get into the restaurant itself. With the family on the brink of financial ruin, the Belcher children, Tina, Gene, and Louise, find themselves attempting to solve a mystery that could save both the restaurant and the family.

The Bob’s Burgers Movie will hit theaters on Friday, May 27.