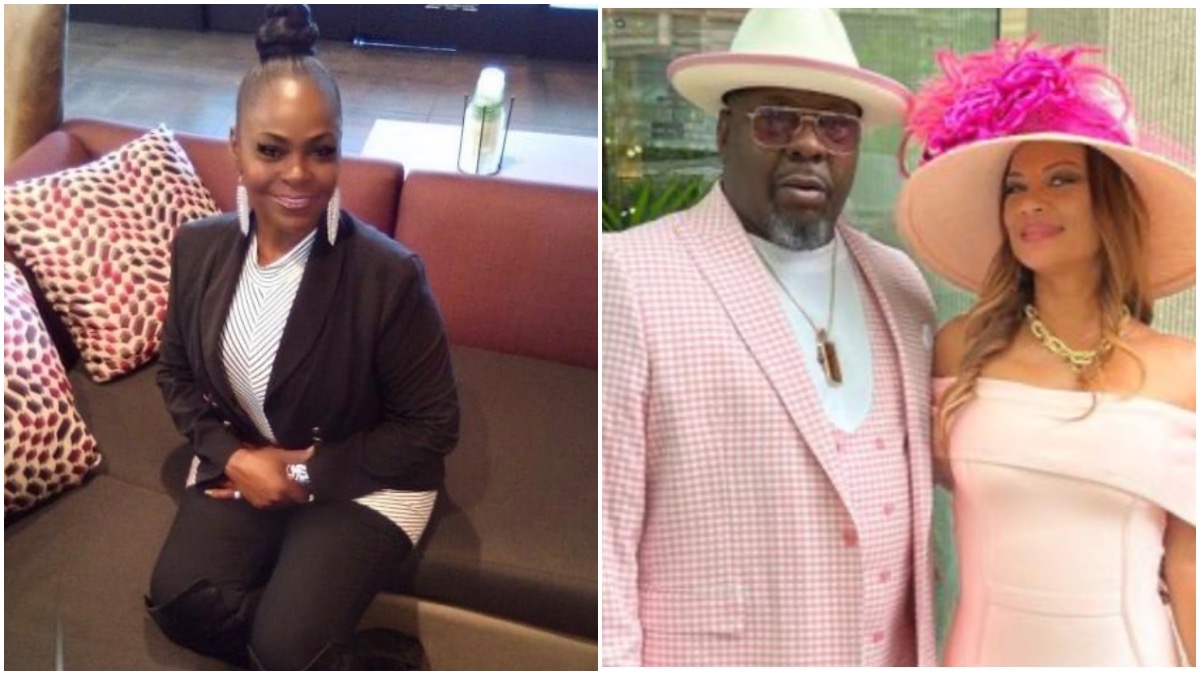 Bobby Brown’s sister Leolah Brown Muhammad believes the singer is in imminent danger as long as his wife is in the picture.

On May 24, Brown Muhammad began airing her grievances with Brown’s wife, Alicia Etheredge-Brown, on social media. In multiple posts she calls out the mother of three for allegedly seeking to erase Whitney Houston and more from Brown’s legacy.

“She wants him to forget so she can be the only thing around him,” wrote Brown Muhammad. In a separate post she continues, “Paleez! Whitney Houston will never be forgotten. Trust me Bobby Brown can never forget such a real woman.”

Her criticisms come days after Brown and Etheredge-Brown spoke with People about the singer’s first marriage being a constant talking point. “Bobby and Whitney were their time,” said Etheredge-Brown. Brown and the “I’m Every Woman” singer were married from 1992 to 2006. Together they shared one child, Bobbi Kristina Brown.

Brown’s current wife shares an equally long history with the “Every Little Step” singer as his late ex-wife. “I also came from a place,” she continued. “So knowing that he loved hard and came out the other end and somehow we were meant to be and found each other again, that’s what I focus on.”

For some, her comments were perceived as being dismissive. In a later post, Brown Muhammad wrote, “I am praying that he survives this woman bcs we all know that she’s got plans for him. And this is very serious people!!”

“Every single person that loves Bobby and had a relationship with him…she has tried her best to turn him against. Including and especially his own children and family!” Brown Muhammad goes on to enlist the help of the public in praying that Brown can one day see Etheredge-Brown for who she really is, “sneaky” and “evil.”

The posts were met with an array of reactions. “I’ve always felt like the wife was shady and jealous of WH and his kids before her,” wrote one person.

“This lady here. She beefed with Whitney…