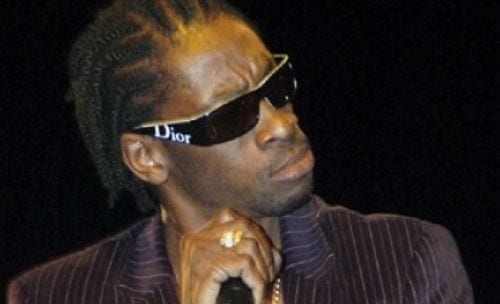 Dancehall veteran Bounty Killer who is well known for his bold and disparaging comments towards the justice system in Jamaica is at the forefront of another controversy after his official Instagram page which boasted over 900,000 followers was again deactivated by the social media platform.

Over the weekend, the “Five Star General” made an appearance on the stage of the St. Thomas Jerk Festival that was hosted in the parish. Upon his entrance, he directed comments to law enforcement officers, telling them to be more considerate and supportive of citizens instead of trying to fight against them.

“You see how the crime rate wicked a Jamaica, oonu fi make we work together, stop gwan like oonu want be we enemy, weh you see the people a try something, support it, dat mi tell oonu, the last time oonu try fi lock me up fi bad word oonu fi go way with oonu f***ery,” he said to the crowd as he proceeded to walk off stage.

Presumably, it is believed that this tumultuous encounter with the officers, one that also got physical to the point where one of the lawmen held on to his shirt in what appears to be an attempt to arrest him, is the main reason behind Bounty Killer’s account being deactivated.

Popcaan who is a native of St.Thomas has had his fair share of encounters with the police and to show his support and solidarity with the entertainer, he reposted the viral video clip to his Instagram story with the caption, “Dat is it @grunggaadzilla”.

Bounty Killer who is now using the Instagram page @1unogeneral posted a comment recently, advising his now 117,000 followers that his official page was again deactivated for no apparent reason. The picture below the caption also indicates that he is attempting to recover the page.

Earlier this year, Bounty Killer’s Instagram account was deactivated in May after he made damning comments about politicians, political issues in…