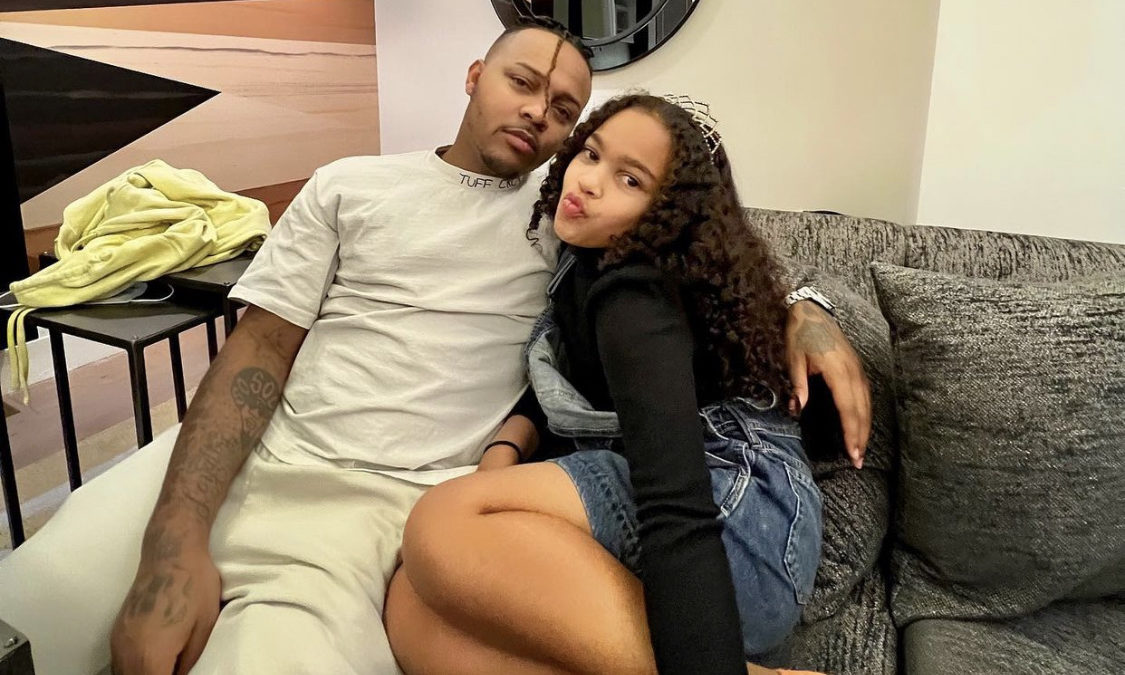 Bow Wow recently showcased in an Instagram post how he could easily annoy his daughter Shai Moss with his antics, as the pair visited a restaurant named Fishbone Willow.

In the upload, Bow Wow shared a video, that also featured Shai, shouting out the restaurant and its owner. He said, “Fishbone Willow, shout out to my family; shout out to my boy.”

Fans bring up how much Bow Wow annoys his daughter Shai Moss as he’s reviewing a restaurant. Photo:@shadmoss/Instagram

Bow Wow and his daughter continued the video by listing their meal from the California restaurant, including hush puppies, fries, fish and jumbo shrimp. Things began to take a slight turn after the “Let Me Hold You” rapper informed his followers that Shai also helped prep the food.

He said, “You did a little cooking there too, didn’t you?” The 11-year-old responded, “Yeah.” When Bow Wow began questioning if she took the precaution to not burn or overseason the dish, Shai became visibly annoyed.

He asked, “You didn’t burn none of that did you? You didn’t overseason nothing, did you? Was it too salty?” As Bow Wow saw the shift in his daughter’s demeanor, he quit poking fun at her and asked Shai for a “high five.”

Bow Wow wrapped up the video by encouraging his followers to check out the restaurant. Alongside the post, the 35-year-old wrote, “Took @_shaimoss to her favorite fish spot! Best fried fish in Cali! Tell ’em we sent you! By the way… shai cooked our food! PRAY FOR ME SHE IS OVER ME !!! Hahahahaha SO WHAT!”

As fans viewed the recording, many brought up how Shai was over her father.

“You can tell you get on her nerves.”

“He get on her nerves sooo bad lol. Mine too Shai!”

“Shai be wanting to eat and go home. Look at her face you can tell he aggravates tf out of her.”

Among the previous remarks, others expressed how much Bow Wow and Shai looked alike. One wrote, “She looks a little YOU! Twinning.” Another said,…