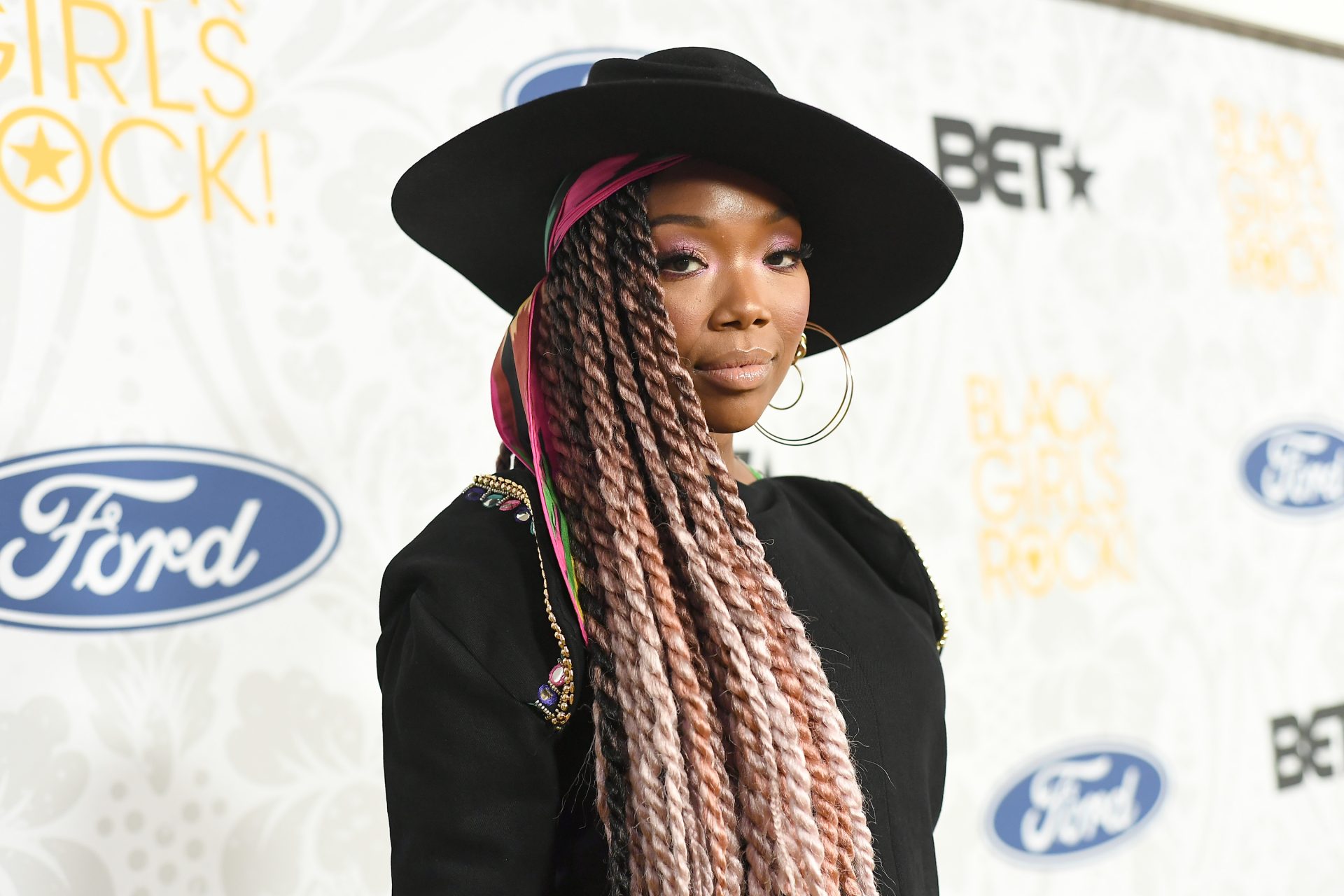 Brandy let Jack Harlow know what’s good when it comes to her talents! The Grammy-winning artist boasts her skills in a tweeted reaction to Jack learning Ray J is her brother. As previously reported, Jack revealed he didn’t know Ray J had a sister while speaking with the hosts of Hot 97’s Ebro In The Morning.

“I will murk this dude in rap at 43 on his own beats and then sing [his] a** to sleep,” Brandy wrote with a black spade emoticon.

Afterward, she let her Twitter followers know her reaction is in good faith.

Brandy tweeted, “see, I can have a little fun too, hehe…all love” along with some heart emojis.

Last week, Jack visited Hot 97 for a sit-down interview with Ebro, Peter Rosenberg and Laura Stylez. The hosts challenged him to a 90s R&B game where he had to name the singer. When Brandy’s 1999 hit Angel In Disguise came on, Jack sat looking clueless.

The hosts jumped in with clues–ultimately settling on “her brother had an amazing sex tape.” After a moment of thought, Jack asked “Who’s Ray J’s sister?” When the hosts revealed the mystery artist as Brandy, Jack fired back, “nobody’s ever told me that in my life.”

Jack’s wording struck a chord with the internet streets. Many criticized Jack’s musical lane and seemingly lack of knowledge in cultural basics–cause one thing we gon’ know is who is related to who!

India Arie joined the trending conversation echoing those sentiments about Brandy in a series of Instagram posts.

“When an actual musician! Who makes Black MUSIC! Deduces one of the industries’ MOST IMPORTANT VOICES! @brandy to Ray J’s SISTER? who is famous (mostly) for his proximity to Kim Kardashian,” India wrote.