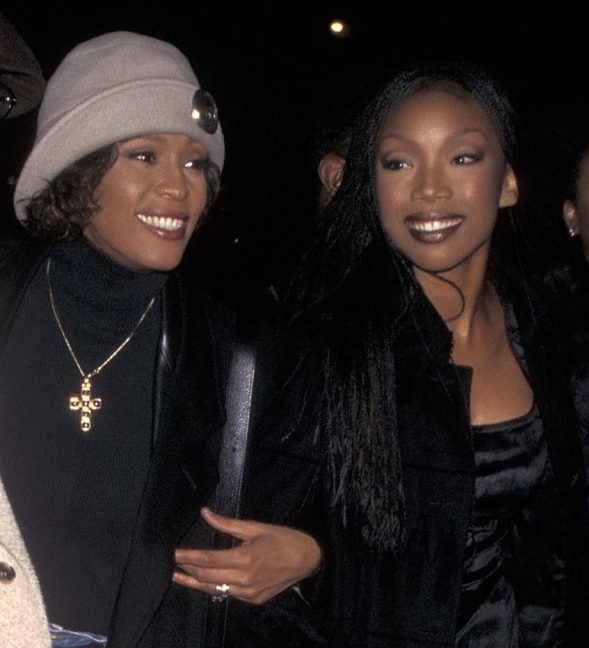 It’s hard to believe it’s been 25 years since Brandy made history as the first Black Cinderella in the 1997 classic film, but fans are in for a treat to celebrate the milestone anniversary. According to reports, Brandy, along with the rest of the cast of ‘Cinderella,’ are set to reunite courtesy of an upcoming ABC special.

@Variety reports, on August 23rd long-running ABC news program ‘20/20’ will air a very special 25th anniversary specialcelebrating the history-making 1997 film ‘Cinderella,’ which starred Brandy as the first Black woman to portray the iconic role. In addition to Brandy, other cast members expected to appear on the special include Whoopi Goldberg, Jason Alexander, Bernadette Peters and Paolo Montalban. There will also be a special tribute to the late Whitney Houston, who starred as the Fairy Godmother. Following the special, ABC will air ‘Cinderella’ on the network for the first time in 20 years.

The ‘20/20’ special will also include behind-the-scenes footage of Whitney Houston and interviews with the film’s producers and costume designer. Highlighting the film’s ground-breaking diversity casting, several celebrities will speak about the impact ‘Cinderella’ had on them and Hollywood, such as Billy Porter, Jade Jones and Todrick Hall.

Speaking about the upcoming special, Imogen Lloyd Webber, Senior Vice President at Concord Theatricals, said “We’re delighted that the 25th anniversary of this landmark incarnation of ‘Rodgers & Hammerstein’s Cinderella’ is being celebrated on its original network. Rodgers & Hammerstein’s unforgettable score is truly timeless — still enchanting listeners 80 years after their partnership began and 65 years since their ‘Cinderella’ first charmed the largest audience in television history.”

When it aired in 1997, ‘Cinderella’ was an overwhelming ratings success racking up an estimated 60 million viewers during its original broadcast. Following its release, the updated version of the iconic fairytale was quickly deemed a classic. Last year…