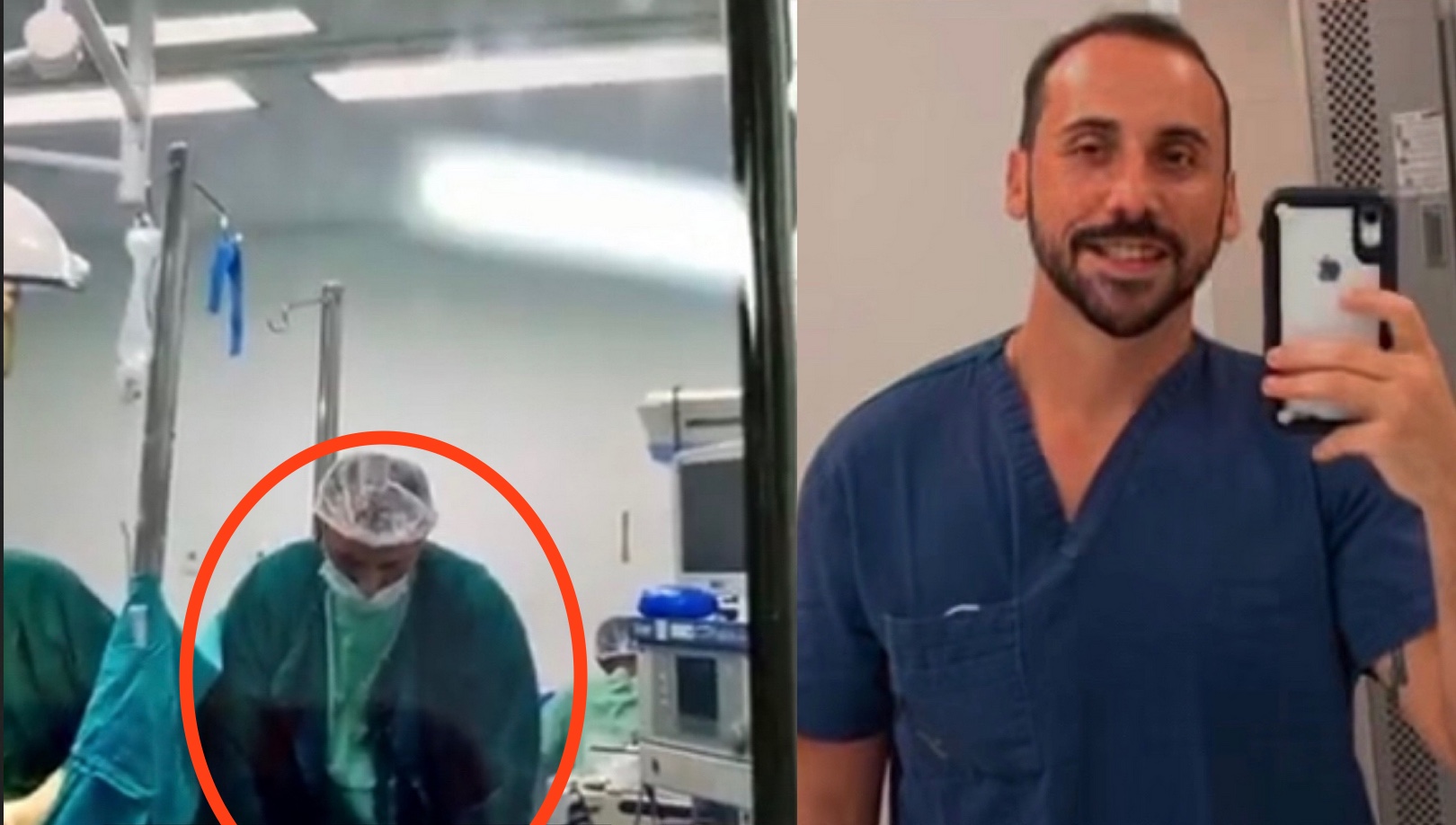 A video of a doctor from the Hospital da Mulher in São João de Meriti, orally raping a pregnant patient has gone viral on social media after he was caught by a hidden camera planted by a coworker. The video was posted on a Twitter page on Wednesday, July 13, 2022, with the caption “DR mouth raping patient during surgery…”

Giovanni Quintella Bezerra is 32 years old and a Brazilian anesthesiologist as reported by the Salemgists website. It states that a few hospital nurses realized that the patients were weak after their C-Sections to the point of not being able to hold their babies, and became suspicious. They set up a hidden camera and thus caught him in the act of heavily sedating the pregnant patient and proceeding to insert his genitals into her mouth during the operation.

Bezerra did two more operations on Sunday, July 10th where he was caught orally abusing his patient for an entire ten minutes with only a surgical sheet separating him from his coworkers. The video shows him repeatedly looking around to see if anyone was paying attention to him while he performed the criminal act.

Civilians on Twitter were left baffled by the incident and left comments like, “How is he going to enjoy this?” and “How was he able to even feel erótic when a patient who was in a painful situation was right before him?”.

It was also reported that Bezerra was arrested in Rio on July 11th, 2022, and taken to Rio’s North Zone Benfica prison.

According to a report by FACEOFMALAWI earlier today, Bezerra has been released from lockup. His court hearing took place on Tuesday, July 12, 2022, but he is facing charges of rape with a prospective sentence of 8-15 years.

Brazilian anesthetist was arrested after he was caught putting his penis in a pregnant woman’s mouth during her C-section.

He heavily sedated her and hospital nurses set up a hidden camera. pic.twitter.com/7zOUso4a7h

RELATED: 17-Year-Old Found Guilty Of Rape And Murder Of 9-Year-Old

RELATED: Man Found With 13YO Missing Ward Of The State…