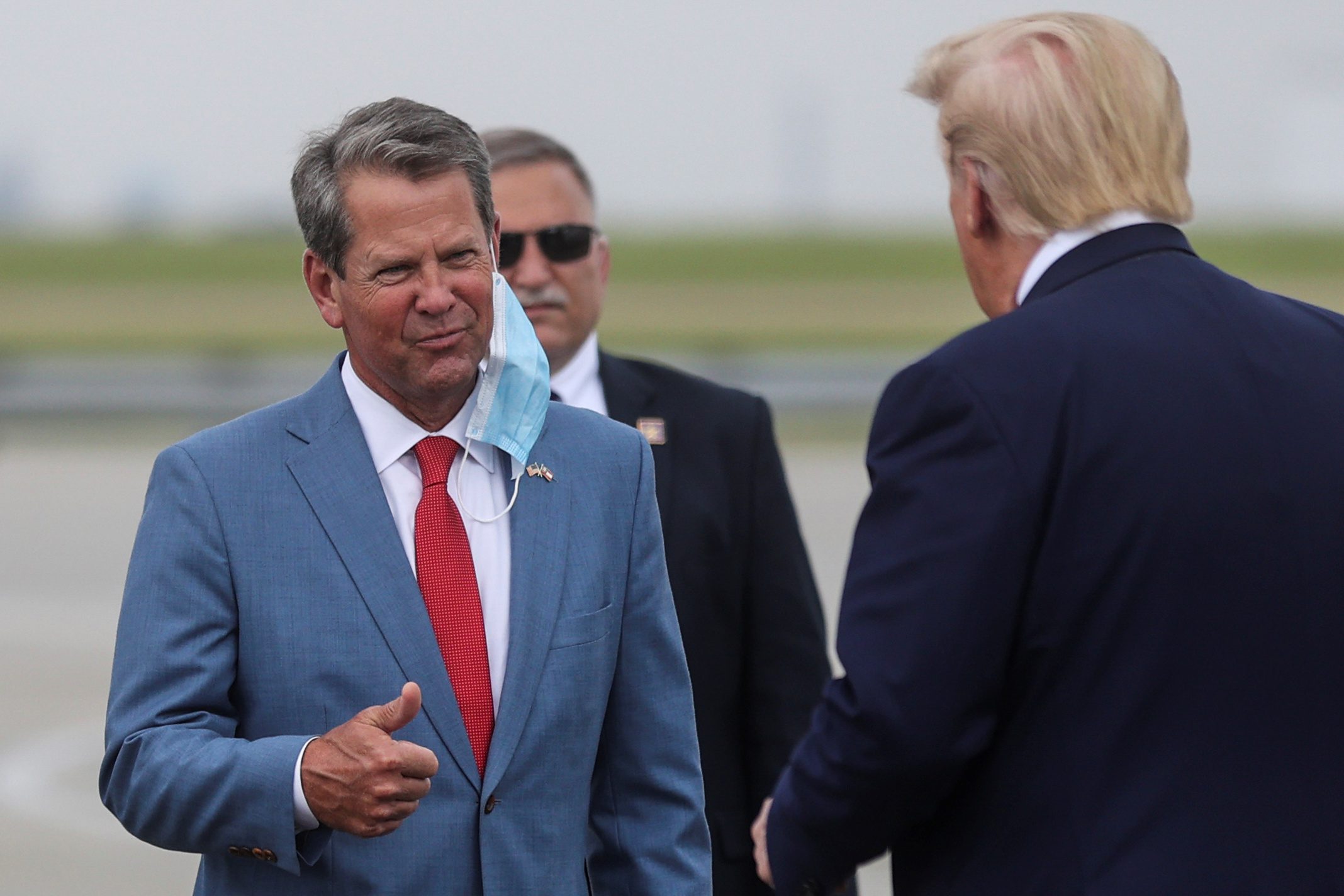 Gov. Brian Kemp (R-GA) is trying to weasel out of testifying before the Georgia criminal grand jury investigating Trump.

A Fulton County judge on Thursday did not indicate how he would rule on a request from Gov. Brian Kemp to block a subpoena for his testimony before the special purpose grand jury studying whether President Donald Trump and his allies violated state law when they sought to overturn Georgia’s 2020 election results.

Prosecutors Nathan Wade and Donald Wakeford told McBurney that Kemp had voluntarily agreed to be interviewed by prosecutors on July 25. But prosecutors said a turning point occurred on July 20 when Brian F. McEvoy, one of Kemp’s lawyers, told the DA’s office that the governor would only appear if certain requirements were met because the investigation was “politically motivated.” One condition was that neither side could make a video or audio recording of the interview, they said.

Kemp is clearly worried that testifying would harm his reelection campaign by enraging Trump and his supporters ahead of the November election. Kemp also doesn’t want there to be audio or video of his testimony out of fear that it will be used against him in the general election.

Brian Kemp likely has a story about Trump’s attempt to overturn the results of the 2020 election that would be damaging to the one-term president. Gov. Kemp is clearly trying to protect his reelection campaign, as he previously agreed to an interview and then backed out when he realized what the political consequences might be.

The Georgia criminal investigation could be a problem for Brian Kemp, who has cultivated the impression of independence from Trump. Kemp’s image will be shattered if he hides behind a centuries-old law and refuses to tell the grand jury what he knows.