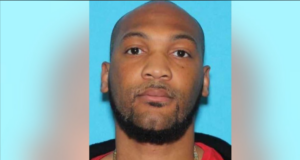 The brother of former NFL player Aqib Talib has been indicted on a murder charge by a Texas grand jury for the shooting death of a youth football coach.

According to CNN, a Dallas County grand jury indicted Yaqub Salik Talib after he shot a 43-year-old man, Michael Hickmon, on Aug. 13 at a football game in Lancaster, Texas. He is accused of pulling out a weapon on Hickmon after a disagreement between opposing coaches over the officiating of the football game.

According to court documents, the grand jury found that Talib “did unlawfully then and there intentionally and knowingly cause the death of Michael Hickmon.” They concluded that he intended to cause bodily injury and by shooting his gun, committed an act that was “clearly dangerous to human life” when he allegedly shot the coach.

Last month, BLACK ENTERPRISE reported a brawl between two opposing coaches and the referees, based on a statement issued by the Lancaster Police Department, according to the New York Post.

Yaqub is the brother of five-time Pro Bowler Aqib, who the Tampa Bay Buccaneers drafted. He retired in 2020 after a career that saw him play for several teams, including the New England Patriots, Los Angeles Rams, and the Denver Broncos.

A video leading up to the violent incident on the football field revealed that Aqib was the person who started the brawl that his brother, Yaqub, ended by firing the fatal bullets into Hickmon, WFAA reported.

” He ran across the field and ran over on our sideline and got in the ref’s face,” one person who witnessed the brawl, Heith Mayes, said. Several other people said Aqib started the altercation when he became upset about the referees’ calls during the football game.

After news of the incident hit, Aqib announced that he would not take the job of hosting Amazon Prime’s Thursday Night Football games.