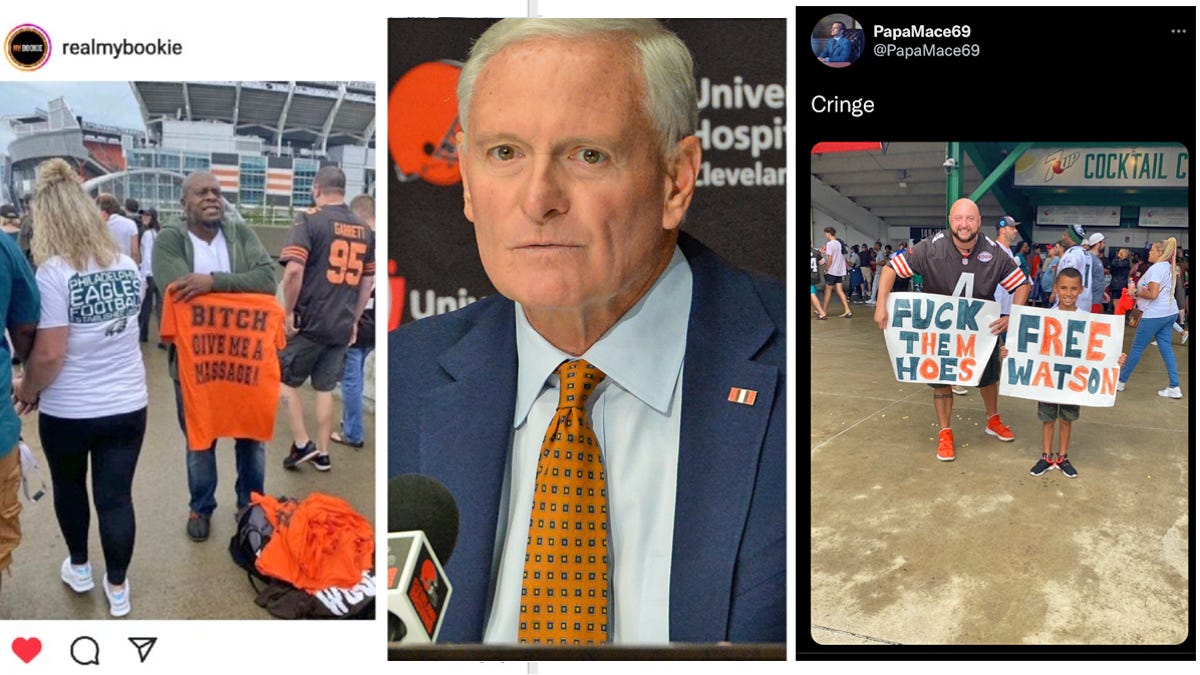 Cleveland Browns fans are putting their lack of class on full display, and it’s all been enabled by team owner Jimmy Haslam.Photo: Getty Images

Talent trumps anything in the NFL — and Jimmy Haslam knows that.

A few days later — marching to the beat of the drum that Haslam started playing — a couple of disgusting “adults” showed up at the stadium in “support” of their star quarterback. There was a man selling T-shirts that read “BITCH GIVE ME A MASSAGE!” in the team’s colors, along with what appeared to be a father-and-son duo that showed up with signs “FUCK THEM HOES” and. “FREE WATSON.”

Beyond being a reminder that the Browns are a franchise that will always welcome talented players who have done bad things to women, Haslam gave every man — and woman — that doesn’t believe women, or always assumes that they’re lying about unwanted sexual acts or advances that have been made against them, the green light to act like this is a conversation about redemption when it’s solely about revenue.

If Watson weren’t good at football, Haslam wouldn’t have signed him to the largest guaranteed deal in NFL history. He doesn’t care about Watson’s soul, he cares about his investment. And that’s not an opinion, it’s a fact.

“And you can say, ‘well that’s because he’s a star quarterback.’ Well, of course,” said Haslam about what’s the real reason why the franchise is standing behind Watson.

In a series of tweets last month, ESPN reporter Kimberley A. Martin chronicled some fan reactions toward Watson at practice. The scene of children frolicking toward him was frustrating. And it’s not like it was the kids’ fault, as the blame is on their parents. I…