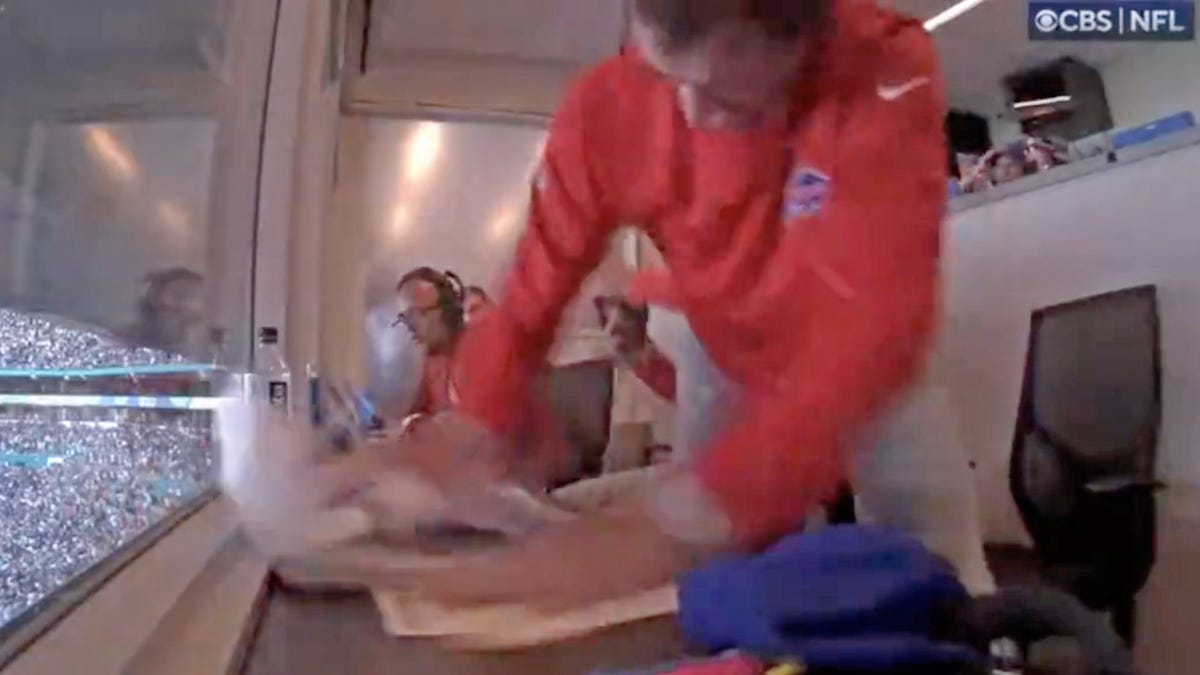 Football is an emotional game, and the stakes are extremely high in the NFL. It’s not uncommon to see a player or coach go berserk when a play, call, or game doesn’t go their way. Even the greatest players aren’t exempt from losing their shit sometimes, as we’ve seen Tom Brady do on the field and sideline numerous times.

Because of Brady’s most recent sideline outburst, where he broke two league-issued tablets, the NFL sent a memo to all 32 NFL teams warning that any other such violations would be subject to “significant fines” in the future.

Now footage has surfaced of Buffalo Bills offensive coordinator Ken Dorsey becoming the first person to disregard the league’s warning, which was sent less than a week ago. Dorsey was caught in the team’s booth slamming his tablet in frustration after the Bills lost to the Dolphins Sunday afternoon. Dorsey, a former quarterback, smashed the tablet multiple times.

So, here you go, NFL, your first opportunity to back up that stern warning sent out to every organization just days ago. If the league wanted to make an example and have it be impactful, they would’ve just fined Brady and been done with it. Apparently, that was too difficult, so now everyone will be watching over the next few days to see what the league says about Dorsey’s explosion.

It isn’t clear if this new “rule” extends to coaches and other team personnel or if it’s mainly directed at players. You’d think anyone who broke league property would be included under this umbrella, but you never know with the NFL. Oh, boy, this ought to be good.