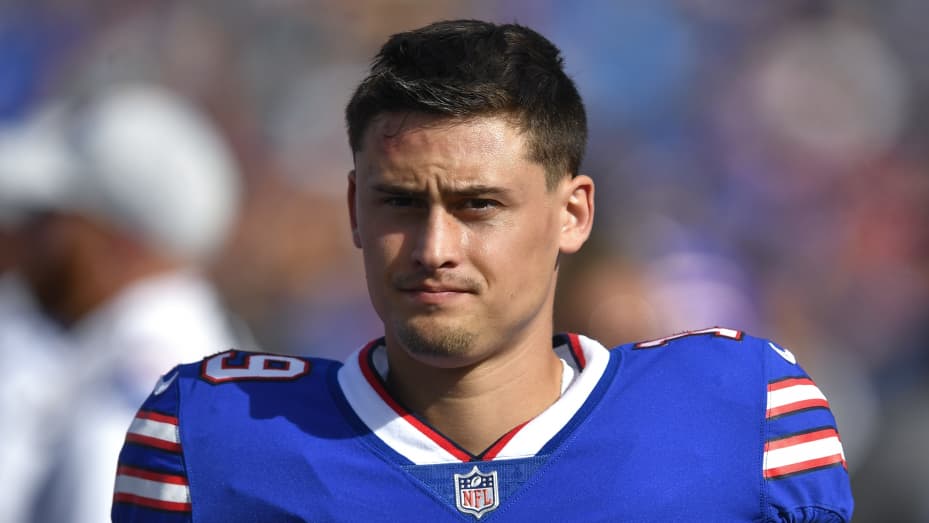 The Buffalo Bills have announced the release of their punter Matt Araiza. The roster adjustment comes two days after a civil lawsuit was filed stating Araiza and two of his former teammates at San Diego State gang raped a minor.

According to ESPN, Araiza and the other two men are accused of rape, gender violence, and false imprisonment. Araiza’s two former teammates have been removed from the San Diego State football team.

“This is bigger than football,” Bills’ general manager Brandon Beane said. “Let’s just step back and [let Araiza] go handle this. That’s what we thought was most important.”

GM Brandon Beane: This afternoon, we decided that releasing Matt Araiza was the best thing to do. Our culture in Buffalo is more important than winning football games. pic.twitter.com/soHPcePFxz

Araiza was not present for the team’s most recent appearances but did release a statement on Friday: “The facts of the incident are not what they are portrayed in the lawsuit or in the press. I look forward to quickly setting the record straight.”

Beane added, “With the serious nature and allegations, and we just can’t, we don’t have the means to put all the facts together.”

Araiza was 21 at the time of the alleged crime, and Jane Doe was 17 and a high school senior. The incident occurred at an off-campus party in the early morning of October 17, 2021. The woman stated she was taken inside of a homie and was raped for over an hour and a half by Araiza, Zavier Leonard, a redshirt freshman, and Nowlin Ewaliko. Piercings in the nose, belly button, and ear were pulled out during the act, and she was bleeding from the vagina.

“I am sure he is very upset and disappointed that his career with the Bills ended not because he played poorly, but because of false allegations leveled against him by a young lady and her attorney. I hope he is back in the NFL soon.”