BREAKING NEWS
GMT-4 07:28
Home Politics Build Back Better Is Back From The Dead And Could Be Passed Next Month 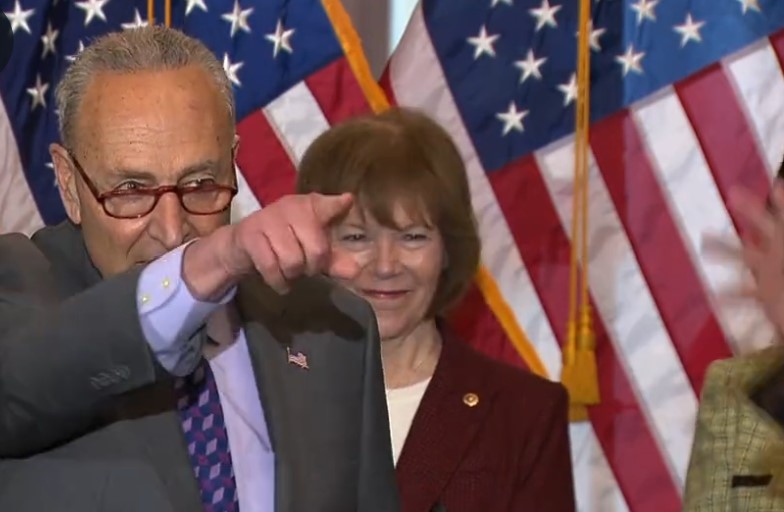 A slimmed-down version of Build Back Better that covers a number of President Biden’s economic priorities could pass next month as Senate Democrats have made major progress.

Democrats plan to submit a “finalized agreement” on allowing Medicare to negotiate prices with pharmaceutical companies to a key Senate official “in the coming days” to see if it complies with the chamber’s strict budget rules, one of the sources said.

The source, who requested anonymity to discuss sensitive negotiations between Senate Majority Leader Chuck Schumer, D-N.Y., and Sen. Joe Manchin, D-W.Va, described the expected move as “major progress” that shows Democratic leadership wants to “move forward with a bill on the floor as early as next month.”

There’s no final deal on the broader bill, however, as the other major parts of the “reconciliation” package — energy and climate policy provisions and tax changes to raise revenue — are still being negotiated between Schumer and Manchin. Unless an agreement can be reached quickly, it would be difficult to pass the bill before a scheduled month-long August recess.

The idea of allowing Medicare to negotiate prescription drug prices has been a goal of Democrats for decades. The tax changes are the other big goal as the Trump tax cuts for the rich must be done away with.

A deal on some version of Build Back Better always seemed possible because there were major parts of the agenda that all 50 Democrats support.

If Build Back Better comes back from the political dead and gets passed into law, it will be one of the biggest surprises in years, and it just might happen.