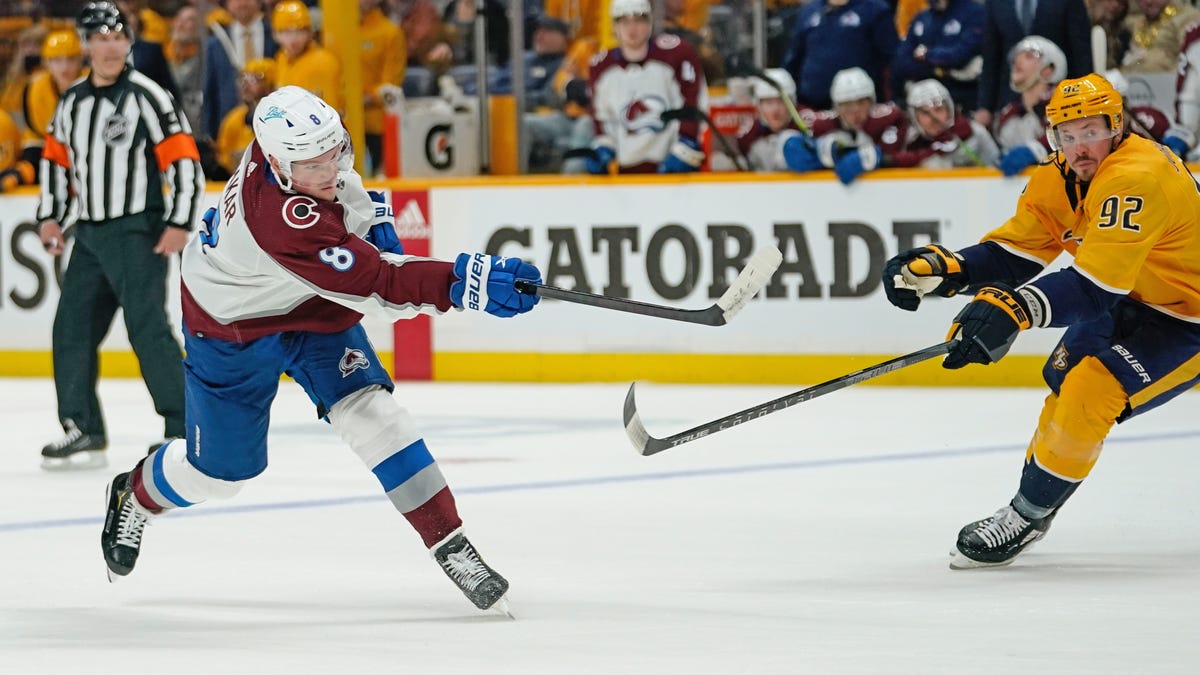 Sure, the Preds were mightily outgunned by the Avalanche, and that was before goalie Juuse Saros never made it to the post for the series. But still, Makar was the unquestioned star (me = poet who did not know it) of the series, and dragged the Avs to a 5-3 win last night that finished off the sweep. The Preds threw their death rattle effort at the Avs, and it almost worked. Until Makar decided he’d rather have the time off.

First, he gave the Avs a 2-1 lead in the 2nd period with his wristed tracer top cheese:

And then in the 3rd, after the Avs had tied the game at 3, and with the goobers in the Bridgestone Arena seats trying to push the Preds across the finish line, Makar went Earl Campbell on Yakor Trenin along the boards at the point, and as he skated through the left circle he had the entire stadium terrified of a repeat of his Game 1 goal. Which left a passing lane straight to Val Nichushkin (and watch Norris finalist Roman Josi with his stick in the air to keep this lane open):

That capped off a 10–points-in-four-games performance from Makar, which included an OT winner in the only game the Avs had to really sweat.

“Anytime you get a chance to end a team’s season, you take it and run,” Makar said after the game. “You try at least. For us tonight, there was a lot of ups and downs, but we wanted this one. I think just the resilience in general showed from our group.”

Makar may have to cede the Norris Trophy to Josi simply because Josi got within a whisker of 100 points, but Makar is playing for the heavier stuff, namely a Cup and a Conn Smythe. He’s the best show going.