BREAKING NEWS
GMT-4 09:54
Home Technology Capcom Showcase 2022: How to watch and what to expect 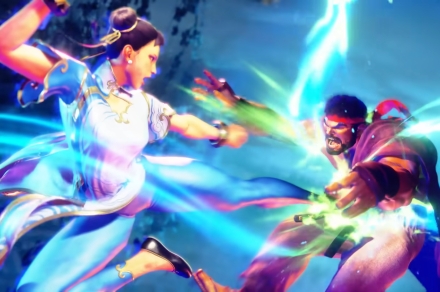 Capcom Showcase 2022: How to watch and what to expect

Capcom announced that it will be holding a showcase on June 13. It will cover previously announced Capcom games. The studio notes that the full lineup will be revealed as the date nears. With the publisher recently revealing several new titles, it could be an exciting showcase. Here’s how you can watch the event and what to expect.

Introducing the #CapcomShowcase, a new livestreamed digital event bringing you the latest #Capcom game information. Tune in on June 13, 3pm PT for around 35 minutes of news and in-depth updates on previously announced Capcom titles.https://t.co/fcLu2YjbYs pic.twitter.com/XHZu7iKJzz

When is the Capcom Showcase 2022

The Capcom Showcase 2022 will air at 3:00 p.m. PT and last around 35 minutes. You can watch it on Capcom’s Twitch and YouTube channels.

What to expect from the Capcom Showcase 22

As Capcom stated, it will go more in-depth on previously announced games. During last week’s State of Play, Sony revealed the Resident Evil 4 remake and Resident Evil Village VR, as well as debuted Street Fighter 6‘s trailer. So we may see more information on them there.

Additionally, the multiplayer game Resident Evil Re:Verse might make an appearance too. After being delayed several times, it was rated in South Korea for Google Stadia last month.

Two other games that Capcom is working on are Exoprimal and Pragmata, which both have 2023 release windows. The former was revealed earlier this year and the latter was delayed multiple times. It’s possible we could get more on them as well.

Lastly, we might see Capcom go for one last push of the Monster Hunter Rise: Sunbreak expansion before it launches on June 30.

What not to expect from the Capcom Showcase 22

As this presentation is focusing on previously announced games, don’t expect any new game announcements. However, the one wrinkle here is Summer Games Fest that’s airing on June 9. Capcom recently launched a 10th-anniversary website for Dragon’s Dogma, fueling speculation about a potential sequel announcement. If one does indeed get revealed at Summer Games Fest, that’s fair…