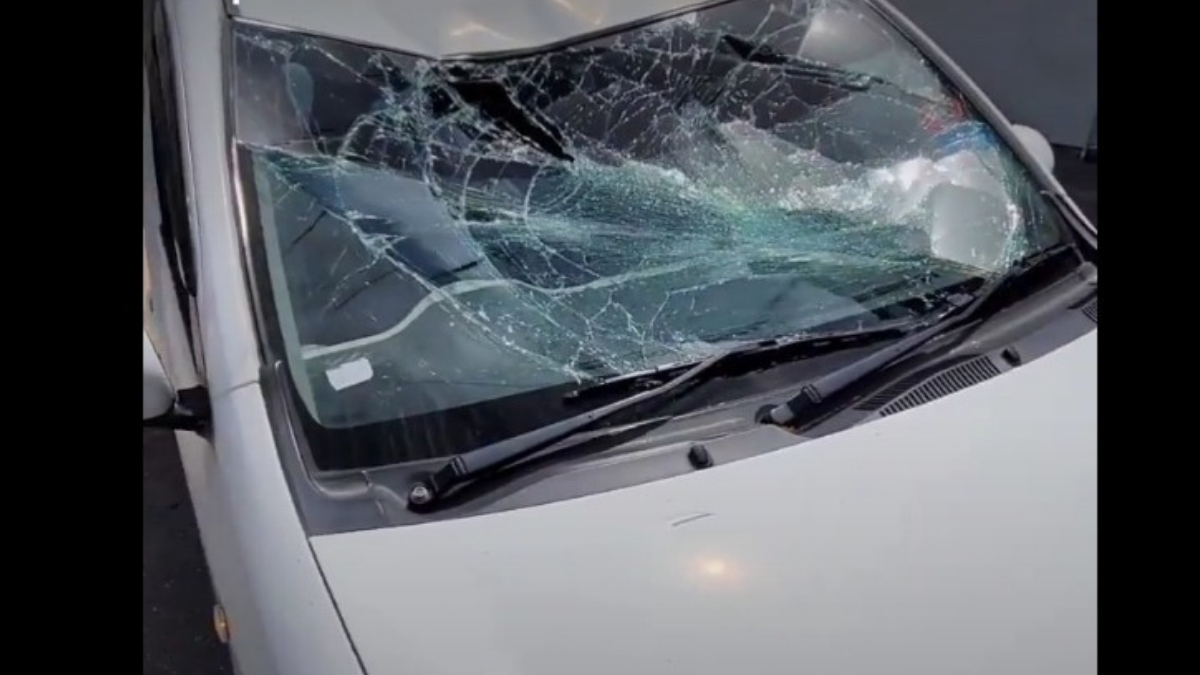 Dancehall deejay G Whizz survived a motorcycle crash when a vehicle hit his bike. The incident was shared by the grateful entertainer who recorded the ordeal which resulted in the vehicle’s windshield being busted.

A video was also recorded at the Police Station in New Kingston and shared to his Instagram account, where he informed his fans that the car hit him off the motorcycle and it was all captured on his dash camera attached to his helmet. While G Whizz, born Garland Rowe, also expressed he is giving thanks for still being alive in his caption, he advised everyone to get a dash camera.

“Yesterday could have Easily been My Last day BUT GOD, here I was Riding Carefully, Going When I had The Right to Go ahead When this Person Carelessly Break the Light, Almost NOT let me Go home to My Wife and Kids and Cause Sorrow to The Ones that Love Me, first thing person did Was to Say MI RIDE OUT PON DEM, Luckily I had a Dash Cam On My HELMET and Was ABLE to Show The Footage SMFH. Advice to all Careful Riders and Drivers out there GET YOUR SELF DASH CAMERA to secure Yourself in the Event Of anything @roadsafetyunit #bigupgod #gwhizzjustwinning #justwinningthealbum,” he said in the caption of the post, which was made on June 4.

Watch the footage of the wrecked car and of the crash below.

RELATED: “Him dead” Popcaan laughs at G-Whizz for doing this… [Video]