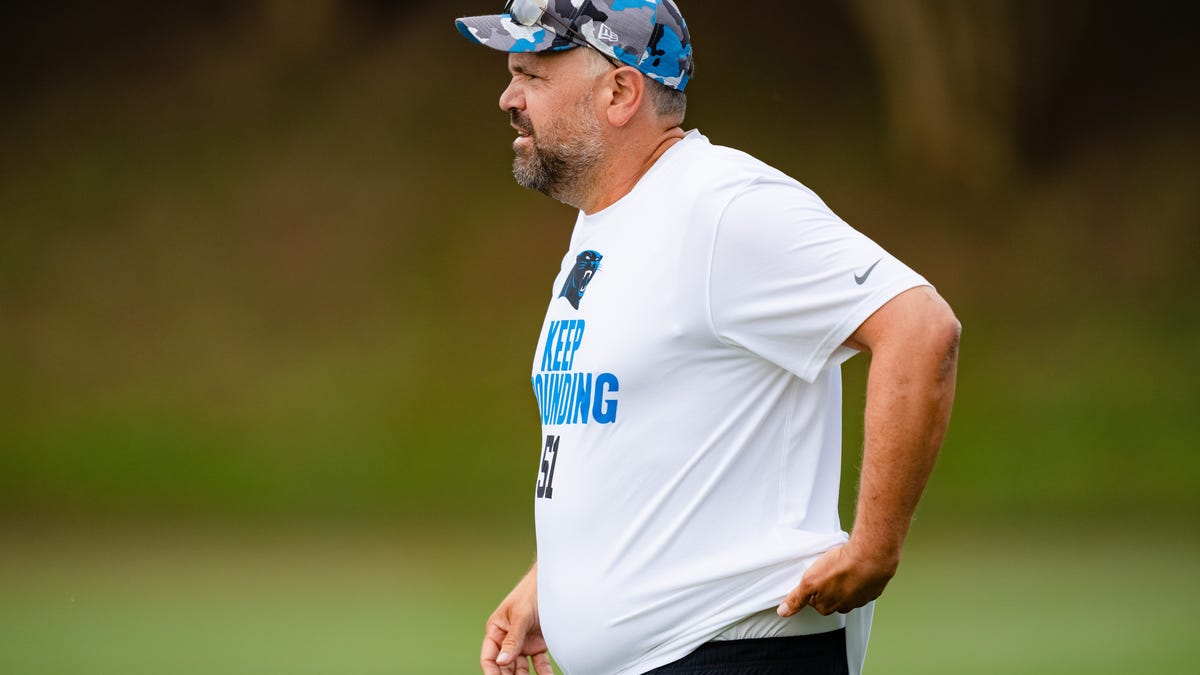 Carolina Panthers head coach Matt Rhule must’ve bumped his head on the way to practice Saturday morning. Rhule stepped onto the field for whatever reason and decided this was the day to treat grown men like college or high school players. Following a Baker Mayfield touchdown pass, the offense participated in an elaborate celebration, prompting Rhule to yell at everyone before making them run.

Anyone who’s been around any professional football knows this is the quickest way for a coach to lose the locker room. In Rhule’s case, this could have sealed his fate if it weren’t sealed already. These NFL players do not want to be treated like children. Just because no one protests on the spot doesn’t mean they’re ok with his reaction.

Rhule left the college ranks after leading Baylor to 11 wins and a Sugar Bowl appearance in 2019. Since taking over the Panthers in 2020, not much has gone right for the former college coach The only NFL coaching experience Rhule had before Carolina was one year as a New York Giants assistant offensive line coach. He bolted back to college for his first head coaching gig at Temple the following season.

Now Rhule heads into year three in Carolina, and you know he hears the rumors about being on the hot seat. Five wins per year won’t cut it in the NFL. You’ve at least got to win eight games consistently and be mediocre like Jeff Fisher and Jason Garrett were for years. You get to hang around five years past your expiration date, taking the Fisher/Garrett route. With five wins, you only get a quick three and out.

Once you start coming in making guys run extra, after the offense scored a touchdown, the writing is pretty much on the wall. And let’s be honest, the writing had already begun for Rhule. He’s in a no-win situation this season with two perceived busts at quarterback. I’m willing to give Baker another year if healthy to prove otherwise, but some already consider him a bust.

Then there’s Sam Darnold. Not too much else to say here, but these are the two guys that hold Rhule’s NFL head coaching future…