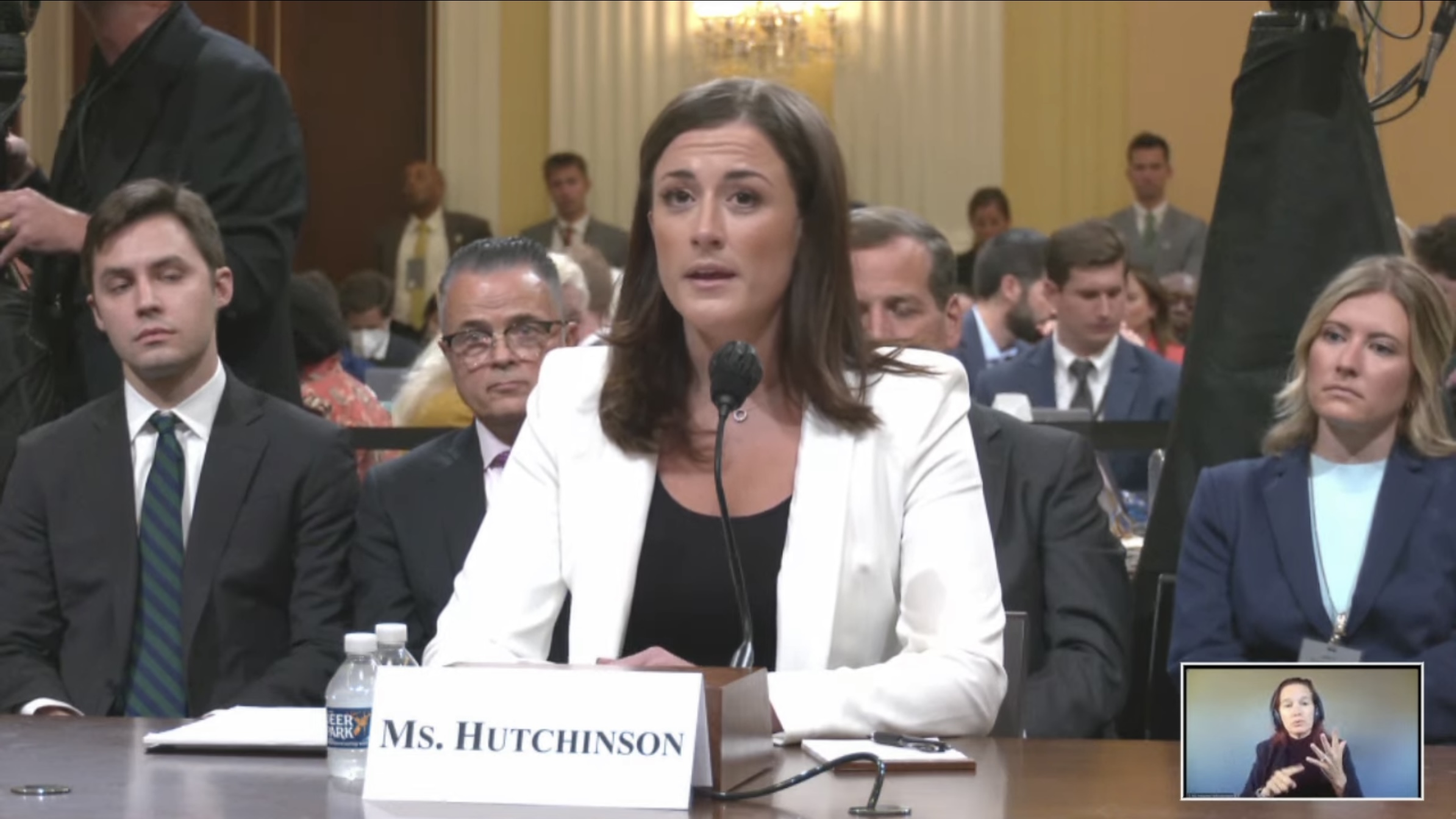 Details are sparse, but ABC News is reporting that Cassidy Hutchinson “recently cooperated” with DOJ and its investigation into January 6th. While no party is commenting on the matter or providing further details, the wording; “recently cooperated with DOJ” leaves one with a strong reason to believe that, like Marc Short, Hutchinson testified to the grand jury that DOJ empaneled to evaluate evidence of any criminality occurring after the November 2020 election and on January 6th itself. According to ABC News:

Cassidy Hutchinson, a former top adviser to then-President Donald Trump’s chief of staff Mark Meadows, has recently cooperated with the Department of Justice investigation into the events of Jan. 6, according to sources familiar with the matter.

The Justice Department reached out to her following her testimony a month ago before the House committee investigating the Jan. 6 Capitol attack, the sources said.

The extent of her cooperation was not immediately clear.

It is not immediately clear because DOJ isn’t talking about it, nor can they discuss any aspect of grand jury testimony which must be done in secrecy, if Hutchinson is, indeed, providing Grand Jury testimony.

Hutchinson, of course, is perhaps the most damning witness regarding the events of January 6th of whom we know. It would be fascinating to know whether Hutchinson’s testimony, combined with other evidence compiled by the DOJ and FBI, could implicate Mark Meadows in a felony (of any type). If the DOJ secures enough evidence to indict Mark Meadows, it would suddenly have a very powerful tool to get to the real truth about what Trump knew, what he ordered, and when. Meadows could strike a deal with DOJ, whether it is for total immunity or a lesser charge, and finally lay out the entire story from his perspective.

Of course, that is to be determined. For now, we know that DOJ is keenly interested in securing Cassidy Hutchinson’s cooperation as a witness, almost surely as part of its criminal investigation of the White House.

@JasonMiciak believes a day without learning is a day not lived. He is a political writer, features writer,…