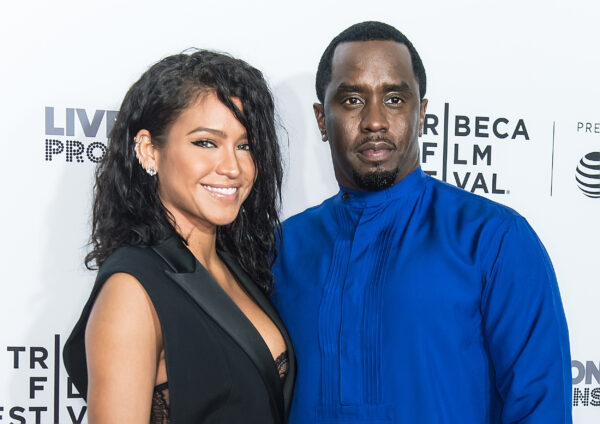 It appears that no level of success will ever make music mogul Sean “Diddy” Combs forget about the women who have been there for him during his toughest times. Following a star-studded musical tribute to his legacy, the Bad Boy Records founder accepted his “Lifetime Achievement” award at the BET Awards 2022, where he thanked “everyone who played a part in my life,” including former long-time girl and singer Cassie Ventura.

During his acceptance speech, the 52-year-old credited the “Me & U” singer for bringing him out of the “dark times.” Diddy and Cassie dated on and off for about a decade before finally calling it quits in October 2018.

However, the actress, who appears to be in Miami, Florida, on vacation, gave no reaction to being name dropped in her ex’s speech during one of the most significant moments of his career. Instead, the star shared several photos of herself at dinner in a comments-restricted post on Instagram with the simple caption “Miami nights” and a “shrugging” emoji.

The bikini-clad model later took to her Instagram stories, showing off her impressive physique as Drake’s latest dance single “Calling My Name” played in the background.

It wasn’t long before viewers flocked to their social media, where they shared their thoughts on Diddy’s gesture. Many shared that they felt it was inappropriate for the “I Need a Girl” musician to mention the 35-year-old star who has since gone on to marry her personal fitness trainer, Alex Fine. The couple tied the knot in 2019, and later welcomed two children together: Frankie and Sunny Cinco Fine.

Online users also highlighted how “unbothered” Cassie appeared to be by the incident, many of whom applauded her for not reacting to…