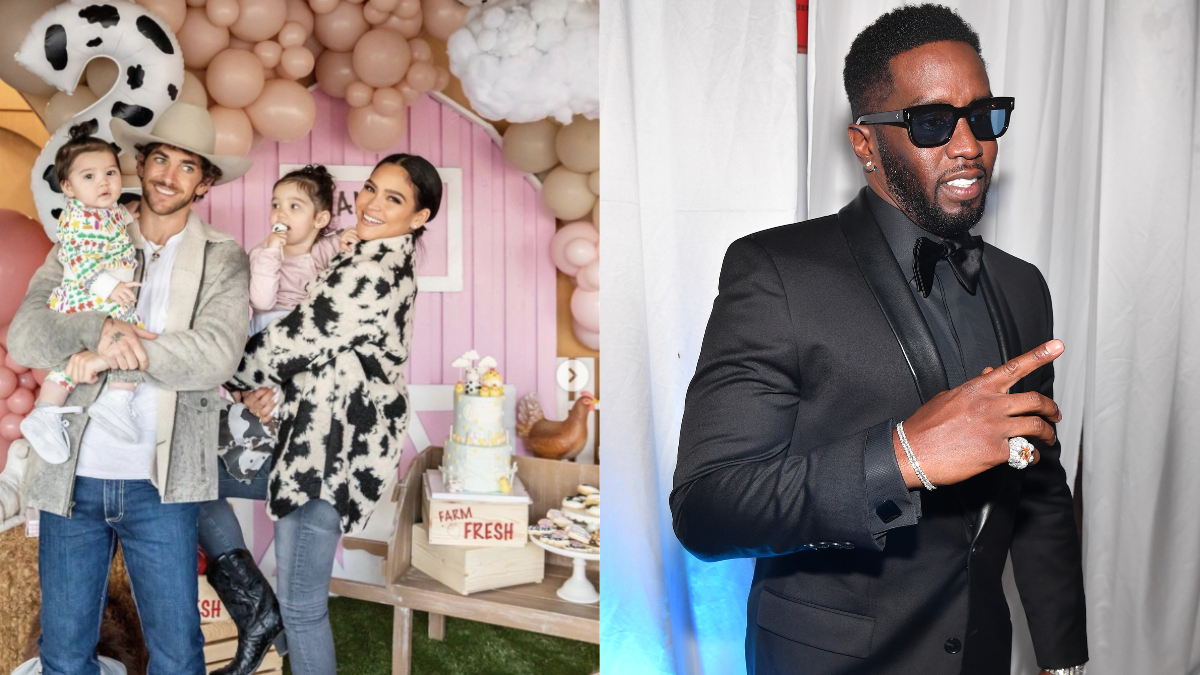 Sean “Diddy” Combs referenced his past relationship with former Bad Boy singer Cassie Ventura, whom he dated for nearly a decade. The two never married or had children and broke up for good in the fall of 2018. Months later, Cassie began dating Alex Fine, the personal trainer Diddy hired, whom she later married in 2019.

On Diddy’s track, “Gotta Move On,” vocalist Bryson Tiller sings, “Gotta new man so I gotta move on. Guess you got a new agenda, but you know you barely know, I won’t. Said you’re wrong, guess you had to move on.”

After hearing the track, Fine, who has two daughters with Cassie, seemingly addressed and clowned his wife’s ex on his Instagram story. The father of two threw shade at Diddy in his IG Story.

“Happy pride to all my LBGTQ+ friends,” Fine wrote over a photo, attaching the link to an LBGTQ+ foundation. “Attached is a charity that helps people who are in the closet and GOTTA MOVE ON. Along with other resources.”

The Ciroc founder recently confirmed during the premiere of REVOLT TV’s “Caresha Please” that he’s dating City Girls rapper Yung Miami. During his appearance, he also talked about his new song and hinted at it being about the “Me & U” singer.

“I love hard,” Diddy said. “My new single is about that. That’s how I got through my last breakup. The joint with Bryson Tiller— It’s hard for me to move on.” When Miami pressed him why it’s hard for him to move on, he said. “I just didn’t want to let her go.”

Diddy later shed some more light on his breakup. “My situation, I ain’t have no choice,” he said. “She was married and had a baby. I had to move on.”

Cassie and Diddy split up in 2018 after dating on and off for a decade. The model unveiled her relationship with Alex in December of that year and in 2019 got pregnant with her first child and later married the trainer.